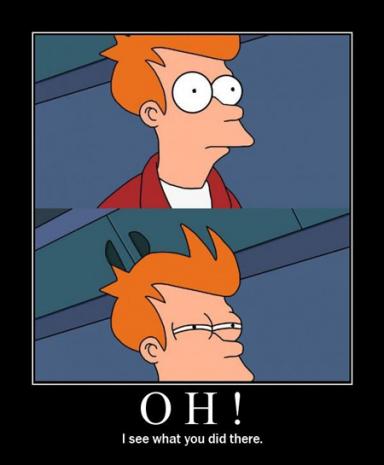 That's one suggestion the Pentagon has received from someone who noted, quite correctly, that a bear's sense of smell is much more powerful than a bloodhound's.

"Overnight, Parachute some bears into areas [bin Laden] might be," the innovator wrote. "Attempt to train bears to take off parachutes after landing, or use parachutes that self-destruct after landing."

The bears-in-the-air idea, and scores of others, came from people who clicked on the "contact us" button on the Defense Department's Web site, which allows the general public to ask questions or make suggestions.

Not that the Pentagon needs any particular help in the idea department. Not long ago, for example, the agency spent $2 million to find out whether honey bees could be relied upon to sniff out roadside bombs.

The Defense Department provided Stars and Stripes a sampling of some of the more bizarre feedback it gets through its Web site, www.defense.gov. The authors' names were withheld, but all spelling, grammar and paranoia are authentic.

"Would there be time to construct a Noah's Ark Biosphere in North America if there is an emerging Global War starting in the Middle East?" asked one concerned citizen. "I don't know ... I only know that I have worked on such a project for many years now."

The specifications for the recommended ark are outlined in the Bible, the writer noted, adding that it could preserve a specimen of the human population for up to 300 years.

"Then after the period of ‘Hibernation' people and materials would emerge to repopulate the Earth," the person wrote.

Another correspondent asked for help with some personal issues.

"I still have people torturing my pelvis and lungs with dispersed sound waves and my eye and stomach, hip, pelvic region with other types of sound waves," the person wrote. "When the secret service came out they had a letter all prepared by my mother to force me on disability and not let me live with her and try to leave me penniless and homeless again."

One writer let the Defense Department know of a dream something was about to happen. Likely on a Friday.

"I have no idea what this might be, do you?" the person asked.

And as might be expected, many of those who e-mail the Defense Department have searching questions about the Sept. 11, 2001 terrorist attacks.

"Has anyone at the Department [of] Defense noticed that the Twin Towers were destroyed on 9/11, and that when you dial emergency services in the USA you dial 911?" the person wrote. "If so, is this merely a coincidence?"

Some of the messages ...

Below are a sampling of some of the more bizarre messages sent to the Pentagon through the "Contact Us" link on the Defense Department Web site. Bears have scent detection that is far superior to bloodhounds! Trained bears with GPS and day/night cameras around their necks might be able to hunt down the scent of UBL, even in and through any caves and tunnels!!! Overnight, Parachute some bears into areas UBL might be. Attempt to train bears to take off parachutes after landing, or use parachutes that self-destruct after landing.

So do you have any top scret information you would to like to tell me? i am doing a project for my senior economics class, and was just wondering...email me back.

I still have people torturing my pelvis and lungs with dispersed sound waves and my eye and stomach, hip, pelvic region with other types of sound waves. When the secret service came out they had a letter all prepared by my mother to force me on disability and not let me live with her and try to leave me penniless and homeless again. They want me to marry the Jewish pilot they've been blaming and calling black and live in my mothers home and be tortured and watch us on candid camera. I am going to a disability doctors appointment today. And leaving and going into low-income housing in the Washington DC area in dead air space so my mother will pay off my credit card like she said in her letter. That meets the requirement of the letter and I am not going to stay and be tortured because the pentagon would not fire their employees and the secret service did not get you to make a statement to tell the pentagon to stand down. I will make a statement all across the US as I drive out and the pilots usually only stay a couple weeks when I leave Hermiston so everyone else out here will be taking the heat instead of me and they have already been playing with the cops, sheriffs, judges, etc with magnetic waves and no one can tell the difference. They just use me for confessional and keep saying I am schizophrenic and torturing me to cover for them and make themselves feel better while they screw everyone. Since the Jewish pilot they have been calling black has been threatened if I leave and they have already been playing with him. If you really want him married to me to protect him and break this cycle - you'd better have him land on my doorstep.

Would there be time to construct a Noah's Ark Biosphere in North America if there is an emerging Global War starting in the Middle East? I don't know ... I only know that I have worked on such a project for many years now. If a Global War emerges and much life and civilization is damaged or destroyed due to the use of massive weapons then there may be a need to construct a survival Ark ... of Biblical proportions .. a Dome City .. a New Jerusalem Ark .. to preserve a remnant of earth-kind and make it possible for the earth to be resettled some 200 or 300 years in the future. The problem is it takes a lot of resources to build a modern day Noah's Ark ... and lots of planning and development. Yet it seems reasonable to assume this planning should be done if there is only a ten percent chance of Global War even within the next 20 years let alone the next 20 months.

The Bible lays out the basic specifications for the New Jerusalem Biosphere ... not very many people realize how this is fully realized. The concept of a city 1300 miles on a side is ludicrous yet if the 12,000 furlong measure is transformed into an overall measure of length, width and height in combination then this parameter can be consistent with the 4500 by 4500 cubit specification in Ezekiel . Here lies the key .. along with the 12 tower design .. the twelve towers being the twelve foundations. And so if goes ... and these specs lay the foundation for a modern day Noah's Ark.

Is there time to do the detailed design and development work .. and lay out the materials and foundation and build the structure and infrastructure ... I don't know ... But if there is going to be a Global War then I believe some sort of Noah's Ark would have to be build to ride out a period of intense atmospheric damage. Then after the period of "Hibernation" people and materials would emerge to repopulate the Earth.

Why didn't the huge wingspan of the Boeing 757 make a mark in the walls of the Pentagon?

I read a lot of books about 9/11. And so I have a question: How can it be, that Flight AA 175 was bigger than the hole in the pentagon?

here is my question and i'm sure you will not read this or even get back to me or you will even lie to me but here it is simply: why was there no plane at the penagon after there was supposely one that flew into there? and why is there only a couple cameras that we are alowed to see?? i have been doing some research and things are just not adding up and i'm very very very curious if you could please e-mail me back i would really appriacate it thanks

Explain the unexplained? Or should I say confess your sins? The questions regarding 911/Pentagon seem relevant. What shall we expect next on Friday of any week? I heard a dream once that something big would happen on a Friday? I have no idea what this might be, do you? I have also heard that America and Canada will cooperate in sharing it's military freely in the event of anything that may transpire really soon. I am hearing alarming rumors and stories, what do you have to say? I am only a concerned citizen asking under the umbrella of "freedom of speech", can you answer with the say freedom I ask?

Has anyone at the Department if Defense noticed that the Twin Towers were destroyed on 9/11, and that when you dial emergency services in the USA you dial 911? If so, is this merely a coincidence

This article is provided courtesy of Stars & Stripes, which got its start as a newspaper for Union troops during the Civil War, and has been published continuously since 1942 in Europe and 1945 in the Pacific. Stripes reporters have been in the field with American soldiers, sailors and airmen in World War II, Korea, the Cold War, Vietnam, the Gulf War, Bosnia and Kosovo, and are now on assignment in the Middle East.

Stars and Stripes has one of the widest distribution ranges of any newspaper in the world. Between the Pacific and European editions, Stars & Stripes services over 50 countries where there are bases, posts, service members, ships, or embassies.