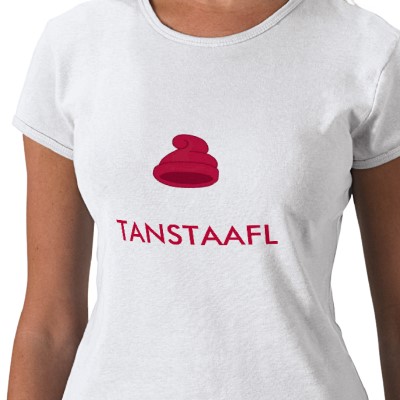 Here’s an amazing story from CNN because it’s so ordinary. It’s about a top-down govenrment initiative that sounds good–giving more broadband access to Americans. Who’s against more Americans getting broadband? The FCC has a plan to get it done. Go Broadband!

Like a photographer without a camera, or a mechanic who doesn’t own a car, Kelli Fields is a webmaster without high-speed Internet access.

By day, the 42-year-old uses a broadband connection at work to update a university’s Web site, which she built and codes from scratch.

But when she goes home at night, the rural Oklahoman struggles with a dial-up Internet connection so slow, she does chores to pass the time while Web sites load. Her high school-age son is so fed up with the glacial pace of their Internet connection that he asks his mom to update his Facebook page from the office.

That sounds frustrating. But is this a serious social problem the government needs to fix?

“It’s pretty sad that he has to ask me to accept his friends when I get to work,” said Fields, who rarely uses the home computer for anything but word processing.

On Tuesday, the U.S. Federal Communications commission will unveil its much-awaited “broadband plan,” which, among other things, will explain how the government plans to get nine out of 10 Americans online by 2020. That’s no easy task, considering less than two-thirds of people in the country have high-speed Internet access at home today, according to a 5,005-person survey published by the FCC in February (PDF).

The Obama administration’s 2009 American Recovery and Reinvestment Act has put $7.2 billion toward high-speed Internet expansion and has required the FCC to develop a broadband plan.

Taking a personal look at unwired America, however, reveals just how complicated getting people online can be. That’s partly because there are so many reasons people still don’t have high-speed Internet access at home.

I’m sure it’s complicated but somehow, almost 2/3 of the American people have managed it. And it must be tough in rural Oklahoma to get broadband so no wonder this story illustrates the need for a national broadband effort, right?

Some, like Fields, don’t have money for the connections, or they live in parts of the country where broadband hookups are not available. Fields lives outside of Catoosa, Oklahoma. Neighbors less than a mile away have high-speed Internet access, but the fiber-optic cables that connect homes and apartments to the high-speed Web haven’t reached her house.

She could install a satellite and connect to the high-speed Internet, but the installation fee is $300, and she said she can’t afford that right now. She’s been waiting for wired broadband to come to her home for five years, and she holds out some hope that the network will get to her eventually.

She’s awfully patient. And poor, I guess. For a mere $300 she can make her son happy and she can have broadband for herself. But she doesn’t have the money. Keep reading:

About 4 percent to 5 percent of American households similarly are in places that aren’t reached by broadband cables. And 36 percent of the unwired population cites cost as the main reason for not connecting to the Web, according to the FCC survey.

Other unwired people are afraid of the Internet, or they simply don’t understand why it might be important to bring broadband into their lives.

Florence Pearson, a 62-year-old from New York City, said she was afraid of computers. If she touched one, she thought she would break it. “I was embarrassed, not knowing anything at all about computers and not having an e-mail address,” she said during a presentation at an FCC event last week.

Wish I’d have been there. Dogs and ponies everywhere.

“I knew I was missing out on so much, but I could not get over this fear.”

Pearson’s daughter convinced her to take a computer class, she said, and that helped her realize that she could work more efficiently with the help of computers and the Internet.

“It was like an entirely new world for me,” she said at the event.

OK. Her daughter took care of her. So why do we need a national program?

It will take more than an improved broadband infrastructure to get people who aren’t familiar with computers to go online, said John Horrigan, director of consumer research at the FCC. The federal government on Tuesday will propose programs to help educate people about the Internet and increase Web access in public libraries, he said, but he cautioned that none of those will be a quick fix.

“Nonadoption [of broadband] is not the kind of problem that lends itself to overnight solutions,” he said, “because you’re trying to train people. You’re trying to get them to change their behavior.”

In the recent FCC survey, which Horrigan authored, 22 percent of people without broadband access said fears of the Internet and a lack of understanding of computers were the main reasons they didn’t have broadband at home. Nineteen percent said they viewed the Internet as a “waste of time” or didn’t see its relevance to their lives.

And a 2009 survey, from the Pew Internet & American Life Project, found the majority of Americans who don’t have broadband at home don’t want it.

But broadband is becoming essential for modern life, Horrigan said.

Ah, he knows best. Some people think the internet is a waste of time or not worth the money. We’ll give it to them anyway.

Many job applications, for instance, are not available on paper anymore. And health records and information are increasingly moving online. Those who don’t have access are at increasing risk of being left behind.

“Giving its growing importance as a necessity, that creates an even more isolating effect for those who are offline,” he said.

The FCC’s chairman, Julius Genachowski, has written online that the nation’s broadband plan will include programs aimed at “making sure that every child in America is digitally literate by the time he or she leaves high school.” The idea is to teach kids why they need the Internet.

Funny, I just have a feeling kids are pretty on top of that one. But let’s get an ad campaign going.

At first, it may be easy to write off Fields’ situation in Oklahoma as insignificant because she does have dial-up Internet access at home.

But the speed difference between dial-up connections, which use telephone wires to transmit signals, and those that travel through fiber-optic broadband cables is significant, Horrigan said.

That’s because the Web is increasingly designed for broadband connections. Photos and videos are everywhere. So are Flash animations. The result is that dial-up connections have actually gotten slower over time, according to Horrigan.

“If you were a contented dial-up user five years ago because you liked to check e-mail and get some headlines, that’s probably a slower process today, given that sites are optimized for broadband,” he said.

Fields says her slow connection at home is particularly a problem for her kids, who need fast Web connections to keep up in school.

Her daughter, for example, sends text messages to her mom while she’s in the office, asking her to conduct Google searches that she’s required to complete for her homework.

Get it? It’s for the children. Those poor kids aren’t going to get a good education. The next thing you know, the Chinese are going to pass us. Gotta have a broadband plan. Top-down, baby. For the children! We’ve got to keep America competitive!

The slow connection may affect family finances. Fields said she has turned down Web development projects because she simply couldn’t do them from home.

“It would just take me forever,” she said.

Her dial-up connection also has caused some issues with her current job as the webmaster for Rogers State University, in Claremore, Oklahoma.

When classes are canceled because of bad weather, for instance, Fields has to ask another employee to update the Web site to tell students not to come to class. She can’t do so from home.

“It is ironic,” she said of the fact that she’s a Web site manager who doesn’t have high-speed Web access. “It’s very strange, and people like you are like, ‘What? I don’t understand?’ They kind of laugh at it.”

Fields is considering scraping together the money to get satellite Internet at her house.

It does seem like a good idea. Her job is suffering, she’s losing money, and her kid is falling behind in school. But I guess she just can’t afford it. Who wouldn’t want to help her?

But she doesn’t want to give up services like TV to free up money for an expensive Internet connection.

We’re about 1000 words into the article at this point. There really is not story here. And no national crisis. Evidently Kelli Fields thinks TV is more important than broadband. Evidently watching TV is more important than doing her job well, finding outside income opportunities and keeping her kid current with homework. Or maybe, just maybe, the hardship of a life without broadband is being exaggerated for the story. And the country.

The weirdest thing is that if we really think this is a problem we don’t need a national plan. We could just subsidize rural folks purchases of satellites. But that wouldn’t help whoever the bootleggers are in the national plan.

She realizes that without broadband, her family is missing out on a lot.

Yes it would be nice. It’s especially nice when someone else pays for it. Government thrives by handing out free lunches. The problem is that the bills keep coming and we don’t have enough money to give out all that free food. Someone needs to make choices and trade0ffs. Kelli Fields made her choice. Maybe that tells us something about the relative urgency of the problem.