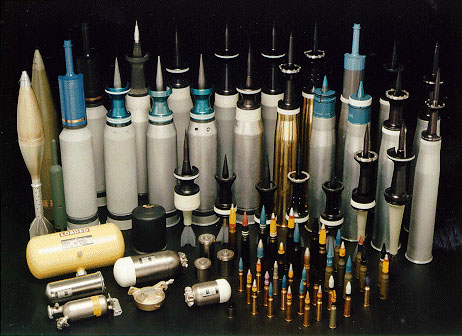 Questions remain on the problem of inhalation and ingestion of depleted uranium in the sands of Saudi/Iraq that has a high silica content and the health effects that would be seen.  Questions also remain on syngestic health effects when you add in other toxic exposures experienced by Gulf War Veterans.

It is time for very focused research on these questions that should be led by the veterans that can speak to the exposures.  Their questions need to be answered sooner rather than later, since it has been 19 years.  The veterans want help with their health conditions and treatment now.  Their pain is real physiological damage.  What has happened to their organs and their blood?

The veterans want a listing of deaths, cause of deaths, age of death, and units that individuals were assigned during the Gulf War.  These are not unreasonable requests.

These requests and the information gleamed from such registries would also assist medical professionals and researchers in answering these veterans concerns.

Below is the article on depleted uranium written by Paul Eubrig, DVM and below that is the scientific abstract of the actual research.

Radiation is not uranium’s only health concern, say researchers who report the less radioactive form of the metal can also damage DNA, but in a different way that could also lead to cancer.

Meticulous research identifies for the first time how two main types of uranium – enriched and depleted – damage a cell’s DNA by different methods. The manner – either by radiation or by its chemical properties as a metal – depends upon whether the uranium is processed or depleted.

This study shows that both types of uranium may carry a health risk because they both affect DNA in ways that can lead to cancer.

Why does it matter? Regulatory agencies determine safe uranium exposure based on the metal’s radioactive effects. Currently, safe exposure levels for workers and military personnel are based on enriched uranium – which is the more radioactive form and is considered to have a higher cancer risk than depleted uranium. Uranium exposure has been shown to affect bone, kidney, liver, brain, lung, intestine and the reproductive system.

Yet, many people are exposed at work or through military activities to the less radioactive, depleted form. They may not be adequately protected based on current methods that evaluate uranium’s health risks.

As a naturally-occurring element, most people are exposed to low levels of uranium through food, air and water. Additional exposure to uranium occurs when it is mined and altered for civilian or military purposes. Workers who process uranium into nuclear fuel for energy or weapons face additional exposure to enriched uranium. Depleted uranium – a by-product of the enriching process – is used in military armor and in armor-piercing ammunition. Soldiers on a battlefield or civilians who live near these areas can be exposed to this form.

Studying uranium’s effects is challenging because it can damage DNA in two distinct ways. The similarities make it difficult to tease apart which form and which method is responsible for the harm.

The French scientists who conducted this study started by exposing mouse cell cultures to enriched and depleted uranium. They applied different toxicity tests to distinguish which uranium caused which kinds of DNA damage.

However, the depleted uranium had a different type of effect. It altered the number of chromosomes in the cell. These effects are due to improper migration of chromosomes when cells divide. This type of damage – called aneugenic damage – was not related to the amount of radiation the cells received and was likely caused by the metal properties of uranium.

The methods used in this study clearly provide a new way to assess the different types of genetic harm caused by uranium. The findings will help ferret out whether the genetic damage caused by the depleted uranium also carries a high risk of causing cancer, which is something those who work with or are around the metal want to know. Further study is warranted to truly assess human health risks.

Abstract
Uranium is an alpha-particle-emitting heavy metal. Its genotoxicity results from both its chemical and its radiological properties that vary with its isotopic composition (12% enriched uranium in 235U (EU) has a specific activity 20 times higher than 0.3% depleted uranium in 235U (DU)). The influence of the isotopic composition of uranium on its genotoxic profile (clastogenic/aneugenic) has never been described. The present study evaluated genotoxic profile of uranium with the cytokinesis-block micronucleus centromere assay. C3H10T1/2 mouse embryo fibroblasts were contaminated with either DU or EU at different concentrations (5 μM, 50 μM and 500 μM). Cells received low doses ranging from 0.3 μGy to 760.5 μGy. The frequency of binucleated cells with one micronucleus increased with increasing concentrations of both DU and EU in the same way. EU induced more centromere-negative micronuclei and nucleoplasmic bridges than DU. A correlation between these two clastogenic markers and ionizing radiation doses was observed. Finally, this study showed that the genotoxic profile of uranium depends on its isotopic composition. DU and EU are low and high clastogens, respectively. However, DU aneugenic effects remain high. Thus, there is a need to study the potential role of aneugenic effects of DU in carcinogenic risk assessment linked to uranium internal exposure.