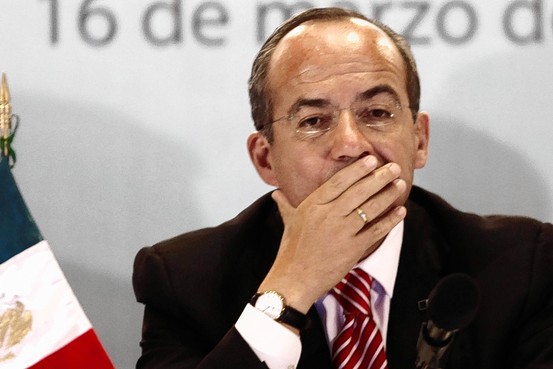 They say that the first step in dealing with a problem is acknowledging that you have one. It is therefore good news that Secretary of State Hillary Clinton will lead a delegation to Mexico tomorrow to talk with officials there about efforts to fight the mob violence that is being generated in Mexico by the war on drugs. U.S. recognition of this shared problem is healthy.

But that's where the good news is likely to end.

Violence along the border has skyrocketed ever since Mexican President Felipe Calderón decided to confront the illegal drug cartels that operate there. Some 7,000 troops now patrol Juárez, a city of roughly one million. Yet even militarization has not delivered the peace. The reason is simple enough: The source of the problem is not Mexican supply. It is American demand coupled with prohibition.

It is doubtful that this will be acknowledged at tomorrow's meeting. The drug-warrior industry, which includes both the private-sector and a massive government bureaucracy devoted to "enforcement," has an enormous economic incentive to keep the war raging. In Washington politics both groups have substantial influence. So it is likely that we are going to get further plans to turn Juárez into a police state with the promise that more guns, tanks, helicopters and informants can stop Mexican gangsters from shoving drugs up American noses.

Last week's gangland-style slaying of an unborn baby and three adults who had ties to the U.S. Consulate in Juárez has drawn attention to Mrs. Clinton's trip. The incident stunned Americans. Yet tragic as they were, statistically those four deaths don't create even a blip on the body-count chart. The running tally of drug-trafficking linked deaths in Juárez since December 2006 is more than 5,350. There has also been a high cost to the city's economy as investors and tourists have turned away.

Even with low odds of a productive outcome, though, Mexico can't afford to write off tomorrow's meeting. It is an opportunity that, handled correctly, could provide for a teachable moment. I suggest that one or two of Mexico's very fine economists trained at the University of Chicago by Milton Friedman sit down with President Obama's team to explain a few things about how markets work. They could begin by outlining the path that a worthless weed travels to become the funding for the cartel's firepower. In this Econ 101 lesson, students will learn how the lion's share of the profit is in getting the stuff over the U.S. border to the American consumer. In football terms, Juárez is first and goal.

Mexico hasn't always been an important playing field for drug cartels. For many years cocaine traffickers used the Caribbean to get their product to their customers in the largest and richest market in the hemisphere. But when the U.S. redoubled its efforts to block shipments traveling by sea, the entrepreneurs shifted to land routes through Central America and Mexico.

Mexican traffickers now handle cocaine but traditional marijuana smuggling is their cash cow, despite competition from stateside growers. In a February 2009 interview, then-Mexican Attorney General Eduardo Medina Mora told me that half of the cartel's annual income was derived from marijuana.

This is especially troubling for Mexican law enforcement because marijuana use, through medical marijuana outlets and general social acceptance, has become de facto legal in the U.S., and demand is robust. The upshot is that consumption is cool while production, trafficking and distribution are organized-crime activities. This is what I called in a previous column, "a stimulus plan for Mexican gangsters."

In much of the world, where institutions are weak and folks are poor, the high value that prohibition puts into drugs means that the thugs rule. Mr. Medina Mora told me in the same 2009 interview that Mexico estimated the annual cash flow from U.S. drug consumers to Mexico at around $10 billion, which of course explains why the cartels are so well armed and also able to grease the system. It also explains why Juárez is today a killing field.

Supply warriors might have a better argument if the billions of dollars spent defoliating the Colombian jungle, chasing fast boats and shooting down airplanes for the past four decades had reduced drug use. Yet despite passing victories like taking out 1980s kingpin Pablo Escobar and countless other drug lords since then, narcotics are still widely available in the U.S. and some segment of American society remains enthusiastic about using them. In some places terrorist organizations like Colombia's FARC rebels and al Qaeda have replaced traditional cartels.

There is one ray of hope for innocent victims of the war on drugs. Last week the Journal reported that Drug Enforcement Administration agents were questioning members of an El Paso gang about their possible involvement in the recent killings in Juárez. If the escalation is now spilling over into the U.S., Americans may finally have to face their role in the mess. Mrs. Clinton's mission will only add value if it reflects awareness of that reality.

1 Comments in Response to The War on Drugs Is Doomed

Like Social Security, The Great Society, The War On Crime, the War On Drugs was a failed program the day it was begun.    But they all sure bought a lot of political favors and made some very rich.

The Danger of Drug-War Raids