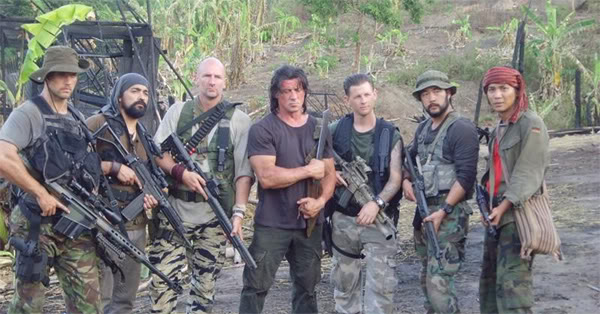 [Also see  CorpWatch : AFGHANISTAN/US: Contractors Tied to Effort to Track ...]
A fascinating scandal has erupted in Washington that is exposing the sordid underbelly of the wars in Afghanistan, Iraq and Pakistan.

According to a New York Times investigation and other Washington sources, the Pentagon and US intelligence agencies have fielded covert mercenary networks in Afghanistan, Pakistan (AKA "Afpak"), and Iraq whose mission is to murder tribal militants and nationalists opposing Western occupation.

US law forbids murder or using mercenaries. But, as Cicero said, "laws are silent in times of war."

Furlong hired a bunch of former special forces types and assorted thugs. These rent-a-Rambos’s real mission was to assassinate Pashtun leaders in Pakistan and Afghanistan, and target tribal compounds for strikes by US Predator drones. Another heartwarming example of free enterprise at work and how to win Muslim hearts and minds.

In short, a 2010 version of the Mafia’s contract killers, known as "Murder Inc."

It is uncertain if Furlong’s Murder Inc. had time to go operational. But its exposure is causing a huge ruckus. In best US government tradition, the Pentagon has cut Furlong adrift. He is now under criminal investigation.

Shades of CIA agent Ed Wilson, whose frightful case I long followed. Wilson was set up as a deniable "independent" by CIA to supply arms and explosives to Libya and Angola. When this intrigue blew wide open, Wilson was kidnapped by US agents, convicted on the basis of lies by the government, and buried alive in federal prison.

This latest guns-for-hire scandal recalls the brutal, 1980’s guerilla war in El Salvador, which I covered, where the US became involved with government death squads. It also reminds me of the long-forgotten 1968–1972 Operation Phoenix in South Vietnam in which CIA and South Vietnamese special units killed from 26,000 to 44,000 suspected Communists or sympathizers. US Special Forces were heavily involved in these liquidation operations.

The Furlong scandal comes at a time of growing criticism of the US government’s use of over 275,000 mercenaries (AKA "private contractors") in Iraq, Afghanistan and Pakistan. These hired gunmen and logistics personnel operate without any accountability, legal structure, or oversight.

Intelligence sources in Pakistan say that US mercenaries are likely behind some of the bombings of civilian targets, particularly those in Peshawar. Indian intelligence agents are also spreading mayhem in an effort to destabilize Pakistan.

Private mercenary firms like Xe (formerly Blackwater) and DynCorp have raked in fortunes running private armies for the US. They are major donors to the far right of the Republican Party. Deeply worried civil libertarians warn these private armies are only a few goose-steps away from resembling the Nazi Brownshirts of late 1920’s Germany.

2 Comments in Response to Rent-A-Rambos - US mercenary Rambos that are running amok, who wear no uniform, kill at will

Could U.S. Mercenaries now employed overseas, have ambitions to Police America’s Streets? Even if a U.S. President declared a national emergency/martial law, most Americans would oppose mercenaries enforcing laws on U.S. Soil.

Consider for a moment, could U.S. Government contract U.S. mercenaries that are civilians, to work independently or with U.S. state and local police to keep order in U.S. Cities? And/or assist Obama's proposed “Civilian National Security Force?” It was never clarified what Obama meant when he stated in July 2008: "We cannot continue to rely on our military to achieve the national security objectives we've set. We've got to have a civilian national security force that's just as powerful, just as strong, just as well funded.”

Obama’s proposed civilian national security force is wide open and could have several functions. Germany under Hitler during hard economic times established volunteer "Civilian National Security Patrols" to help Citizens and to protect the Homeland. But soon after the patrols were setup, the volunteers were transformed into a neighborhood Political Enforcement and Informant Arm” of the Nazi Secret Police.

How would U.S. local and State police interface with Obama’s proposed "civilian national security force?” Would Obama volunteers have access to U.S. Citizens' private records? Could Constitutional rights including the Fourth Amendment be discarded, allowing Civilian Security Forces” to search Americans and their homes? Could Americans lose their right to bear arms? The Nazis used Civilian Forces, e.g., and Gestapo to confiscate private arms, arrest Germans and seize their private property, often moving into Citizens’ confiscated houses. Could the Obama Administration employ, U.S. private mercenaries now overseas, civilians, to work with a National Security Force" in U.S. Cities? Or with a U.S. National Police Stabilization Force recently reported to have been apparently suggested in a Rand Corporation study provided to the U.S. Army.

The Pentagon has been using those since at least after WWII --- they are called "death squads" Leon.  You know that.

US Air Force partners with Electra on ultra-short takeoff aircraft