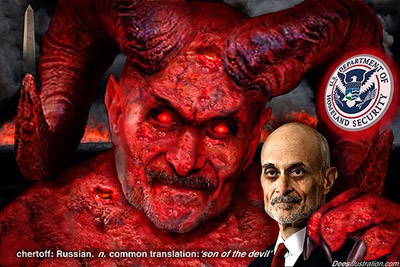 BAE Systems, the British defense giant that is the eighth-biggest contractor to the U.S. government, recently promised it wouldn't bribe people anymore.

The occasion for the promise -- along with a staggering $447 million in fines to the U.S. and U.K. governments -- was the company's guilty plea settling long-running allegations of corruption, which were first disclosed by the British newspaper The Guardian in 2003.

Among the allegations: That BAE secretly paid Prince Bandar of Saudi Arabia, then the ambassador to the U.S., $2 billion in connection with Britain's biggest-ever weapons contract.

But the revolving door? Bring it on.

The company announced today that Michael Chertoff, who served as secretary of the Department of Homeland Security in the Bush administration, is joining the company's board of directors to "provide oversight and strategic counsel, further ensuring that BAE Systems, Inc. is well positioned to meet current and future customer requirements in the defense and security markets."