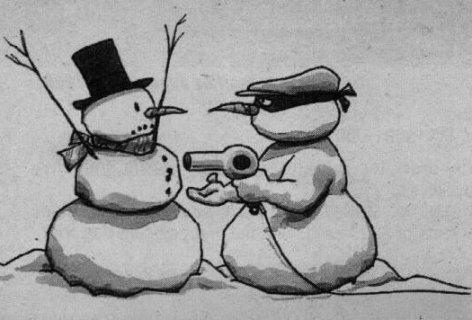 One of the nation's largest labor unions, the Service Employees International Union (SEIU), is promoting a plan that will centralize all retirement plans for American workers, including private 401(k) plans, under one new "retirement system" for the United States.

In effect, government pensions for everyone, not unlike the European system and regardless of personal choice.

The SEIU, which was integral to the election of Barack Obama as president, is working with the left-leaning Economic Policy Institute (EPI), and the National Committee to Preserve Social Security and Medicare, on SEIU's plan, called "the Retirement USA Initiative."

Claiming that the retirement system in place now has "failed most Americans," EPI vice president Ross Eisenbrey, told a labor union publication that "account balances have fallen by a third since late 2007, leaving many older workers unable to retire just as our economy is shedding millions of jobs.”

“The failure is broad and deep. It's not just a few people falling through the cracks: most of us already are in the ravine. Three in 10 have only a 401(k) or similar savings plan, and the rest of us are totally out of luck," said Eisenbrey.

"Half of those who had a 401(k) were nearing retirement with less than $40,000 in their account," said Eisenbrey, who is trained as a lawyer and was a Clinton administration appointee from 1999 through 2001.

The proposed retirement system would be operated under the following parameters:

• Benefits that move with you, even if you change jobs

• Payouts only at retirement

• Shared responsibility among employers, the government and employees

"The financial crisis and the economic recession have shone a spotlight on the inadequacies of today's system," said Stephen Albrecht, director of benefits for SEIU.

With the uncertainty in today's global economy, creating a whole new federal entitlement for American workers may not be easy to accomplish for these groups or their allies on Capitol Hill and in the Obama administration, as America's creditors are already getting nervous.

Chinese Premier Wen Jinbao is telling U.S. policymakers that he is concerned about the "safety" of his country's already huge holdings of U.S. debt.

"We have lent a huge amount of money to the United States," said Wen, according to a report in the Financial Times. "We are concerned about the safety of our assets. To be honest, I am a little worried. I request the U.S. to maintain its good credit, to honor its promises and to guarantee the safety of China's assets."

The Worst Unemployment Spike In U.S. History – 1 Out Of Every 4 Workers Has Filed...

Job Openings Plunge Most On Record Amid Mass Layoffs, Plunge In Hiring

Businesses, Employees, and the Coronavirus Crisis

Tesla's Head Of Europe Leaves After "Disputes" With Elon Musk

Workers Are Asking to Be Laid Off, Because COVID-19 Unemployment Benefits Pay Better than Work

Pandemic-Related Unemployment and Shutdowns Are a Recipe for Social Unrest