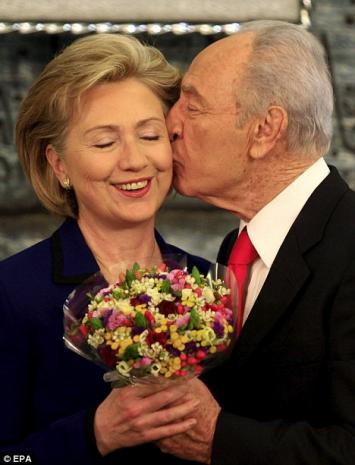 JERUSALEM – An American Jewish group has demanded Secretary of State Hillary Clinton apologize to her former constituents, claiming she misled them while she was a New York senator by falsely professing support for an undivided Jerusalem as Israel's capital – a position the group says she has since abandoned.

The Zionist Organization of America, or ZOA, has sent a letter to Clinton stating, "When you were New York's senator from 2001 to 2009, you repeatedly stated in speeches and in a September 2007 position paper that you believed 'Israel's right to exist in safety as a Jewish state, with defensible borders and an undivided Jerusalem as its capital, must never be questioned.'"

The letter continues, "We make this demand (for an apology) following your passionate and heartfelt condemnation of Israel for announcing the construction of Jewish homes in a Jewish neighborhood in eastern Jerusalem by stating that Jews building and moving there 'is an insult to America.' The only reasonable interpretation of this policy is that it is a first step toward dividing Jerusalem."

The letter called Clinton's recent remarks against Jewish construction in Jerusalem "shocking ... especially perplexing in light of the fact that you have ignored Congress passing the 'Jerusalem Embassy Act of 1995.'"

That act calls on the U.S. to move its embassy to Israel's capital city.