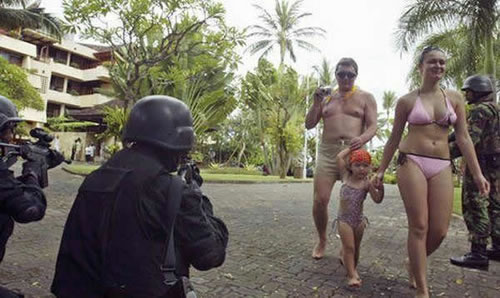 The following audio report was posted on the Militia Radio site on the evening of March 27:

Update: Fox News reports this afternoon that seven people have been arrested for allegedly selling pipe bombs in Michigan, Ohio and Indiana in connection with the federal raids. “The arrests and raids in Michigan and Indianapolis are related to alleged militia activity in the region, but are not related to international terrorism. There is not a current threat to the public, according to a law enforcement source.” Fox does not mention FBI activity in Ohio, covered below.

An Ann Arbor, Michigan, website reports this afternoon that the people arrested in Michigan are from from a group named Hutaree, described as “a Christian-oriented militia group based in Lenawee County.”