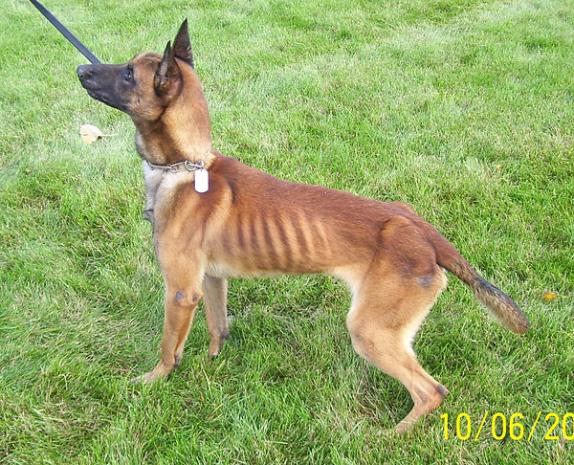 The task probably seemed innocuous enough when a small team of U.S. Navy personnel accepted it last fall. They would trek out to a private security contractor in Chicago to pick up 49 dogs, then transport them to a nearby military base.

But what they found when they arrived was shocking, according to internal Navy e-mails: dirty, weak animals so thin that their ribs and hip bones jutted out.

The dogs were supposed to have begun working months earlier to sniff out explosives at Navy installations across the country, including several in Hampton Roads. At least that was the plan when, for the first time, the Navy decided to hire an outside contractor to supply K-9s and handlers to help protect dozens of its bases and ships.

But when the dog-handler teams showed up for work last spring, they couldn't find planted explosives during military certification tests, according to the Navy. So the bases sent them back to the contractor, Securitas Security Services USA.

The Navy decided to cut its losses and ended the contract in July, eventually agreeing to buy the 49 Securitas dogs and train and handle them on its own. It sent its team to get the K-9s on Oct. 5.

The Navy declined to discuss what its personnel discovered that day, but according to e-mails obtained by The Virginian-Pilot, the animals appeared starved, neglected and dramatically different from three months earlier, when they failed the military's certification tests.

The e-mails say the Navy picked the dogs up at a warehouse. In one message, a civilian official described their condition as "deplorable." In another, he wrote that he feared the dogs would have died if the military hadn't come to get them.

In fact, the Navy said later, at least two of the dogs did not survive. Several others were deemed too sick to ever be of use. Nearly a year after they were supposed to have begun working, the remaining K-9s still are not patrolling Navy installations as intended.
Securitas disputes that the dogs were poorly trained and neglected. The company says it is owed more than $6 million for its services and for the animals. The Navy appears to have gained little from the deal besides the dogs, which Securitas bought for roughly $465,000, according to the owner of the kennel that sold them.
[A nice review of this disgusting example of military contracting is at
Bomb Dogs in “Deplorable” Condition]