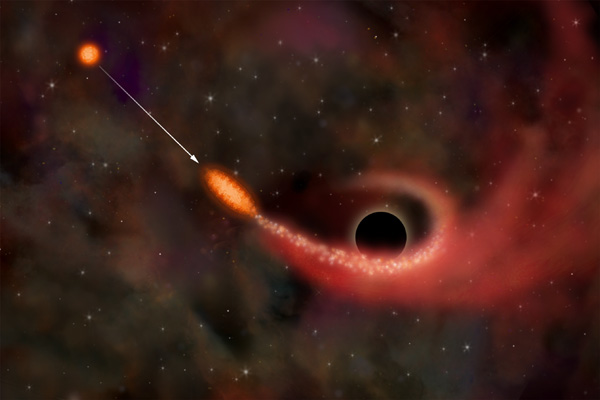 Scientists have opened what promises to be a new window on the universe, and on the matter and energy it contains, with Tuesday's record-breaking particle collisions at the European Organization for Nuclear Research in Geneva.


At 7:06 a.m. EDT, detectors at the lab's Large Hadron Collider (LHC) recorded the accelerator's first proton-on-proton collisions at energy levels roughly 3.5 times higher than those in previous experiments.
The event marks the beginning of what researchers expect to be a historic 18- to 24-month science run. After that, scientists will attempt to drive the accelerator closer to its full design energy of 14 trillion electron volts. That energy level corresponds to energies present when the universe was only one ten-billionth of a second old.
Hopes are high that the new proton-smashing tool can lead to breakthroughs in scientists' understanding of basic physics.
"The last revolution in physics happened about 100 years ago, at the end of the 19th century," explains Jurgen Schukraft, a physicist and spokesman for an experiment dubbed ALICE, one of four major experiments along the underground accelerator's 27-kilometer (17-mile) circumference.
Scientists had a standard model of how the world worked, "but there was some data that did not fit," he says. The outcome of attempts to resolve the problems: general relativity and quantum mechanics, two pillars of modern science.

For the First Time in 200 Years, a New Blue Pigment Is Up for Sale