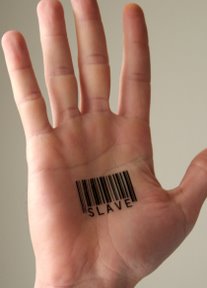 I have been asked by many residents of Arizona to comment on SB1070.  I provide what I believe to be a much better alternative at the end of this email.

1)  Reasonable suspicion is the lowest threshold possible.  It does not equate to probable cause.  I do understand that individuals are not detained indefinitely.  That being said the fact is citizens of the United States are protected against "searches" without warrants.  I do understand that there may not be Constitutional issues in so far as the courts have ruled but that does not make it right.  There was a time in this country that we were presumed to be innocent.  Further, it was said years back when FREEDOM meant something that we would rather let 9 guilty people go then convict one innocent person.  I will agree that the illegal alien/undocumented worker problem must be addressed.  I do not see the logic in going back to the same people (federal government) that caused the problem and asking them to help be a part of the solution.

2)  The following language from the bill is of great concern:

F.  (In SB1070 it is subsection E.) Except as provided in federal law, officials or agencies of this state and counties, cities, towns and other political subdivisions of this state may not be prohibited or in any way be restricted from sending, receiving or maintaining information relating to the immigration status of any individual or exchanging that information with any other federal, state or local governmental entity for the following official purposes:

1.  Determining eligibility for any public benefit, service or license provided by any federal, state, local or other political subdivision of this state.

3.  Confirming the identity of any person who is detained.

This language in no way prohibits law enforcement from sharing the personal information of citizens of the United States during the "vetting process".  I contend that the DHS (Department of Homeland Security) has made their intentions clear.  They want the personal information of Americans either through direct electronic access or indirect access. I appreciate that currently the "federal government" has much of our personal information already.  The fact is "that information" is spread out over many departments and agencies of the federal government.  DHS wants a more centralized system and thus we have witnessed the Real ID Act 2005 and now the PASS ID Act.

Because the standards for both Real ID and PASS ID are the adopted standards of two international organizations, AAMVA and the ICAO, the driver's license would become not simply a national ID but more accurately an international ID.  International standards are only used to facilitate global information sharing.

"He emphasized repeatedly that information sharing is appropriate around the world on biometric methods of identifying terrorists who pose a risk to the public. Noting that his organization already receives information about terrorist threats from around the globe, Mocny said, 'We have a responsibility to make a Global Security Envelope [that would coordinate information policies and technical standards.]'

"Mocny conceded that each of the 10 privacy laws currently in effect in the United States has an exemption clause for national-security purposes. He added that the department only resorts to its essentially unlimited authority under those clauses when officials decide that there are compelling reasons to do so."

In a 2007 article with the same publication Mocny stated "We're starting the process of biometrifying [sic] a good proportion of the world population."  Robert Mocny also stated that "information sharing is appropriate around the world, and DHS plans to create a "Global Security Envelope of internationally shared biometric data that would permanently link individuals with biometric ID, personal information held by governments and corporations."

Robert Mocny of the same DHS that has stated nearly all Americans are potentially domestic terrorists.  Under Real ID, the Secretary of DHS is given the authority in the "Official Purposes" section to add restrictions at his or hers own discretion.  Real ID currently restricts entrance to a federal facility, flying on a commercial airliner or entering a nuclear facility.  Tomorrow we could see restrictions on purchasing weapons, ammunition or even prescription drugs.  This kind of unfettered authority is unacceptable.  In Mocny's statement we see that DHS can decide when to ignore our privacy laws.  He never mentions consulting with Congress or eve the President for that matter.

Under the Real ID Act and the PASS ID Act breeder documents must be authenticated.  Nearly all citizens of the United States have birth certificates or an acceptable alternative.  We suggest a "hub" system be put in place that is solely controlled by the states.  The hub itself would not retain any information, only act as a conduit.  All DMV's would have the capability to communicate with the state issuing agencies or departments of birth certificates.

SB1070 is enabling DHS and worse yet feeding it's addiction for the personal information of citizens.  Domicile information is not the business of DHS.  We would ask that Arizona legislators work with the legislators of the other states and agree to create the hub system I describe above.  I have talked with telecommunications companies and the network could be in place in short time.  A focused and coordinated effort must take place to digitize and number birth certificates,

Let me add this about the confirming of identity:  We, as a country do not have the biometric data of most Islamic extremists or for that matter many of the people entering our country illegally through Mexico or Canada.  If a person comes into our country and we do not ave their biometric data there is nothing right now to stop that person from "beating" the "system".  That person can obtain a counterfeit breeder document for a couple of hundred dollars.  To spite this we are insisting all Americans be enrolled into a single global biometric identification system (facial recognition).  So much for the presumption of innocence again.  There is a person facial recognition is not used to see if a person has a driver's license in other states.  The technology does not work when hundred's of millions of images are compared.  (2003 AAMVA sponsored report conducted by the IBG (International Biometric Group).

The only reason the Real ID Act and PASS ID do not violate the 1974 Privacy Act is it is the states that are collecting the personal information of citizens that DHS wants.  The states are being used as surrogates.  SB1070 is tantamount to giving a child a free pass in a candy store.  In this case Arizona is feeding the addiction of DHS by feeding DHS citizens information.

I have provided an alternative that calls for thinking outside the box.  Please keep in mind that even the federal government wants breeder documents authenticated.  That is because without doing so only crates perceived security and not real security.

I believe illegal immigration and the threat from Islamic extremists/terrorists is real.  We must face these threats with real solutions.

I would ask that Arizona lawmakers contact the NCSL/ALEC and urge that what we propose be addressed with the urgency required.

Please keep in mind it is each citizens foremost responsibility to pass on to future generations,the rights, liberty and freedom they inherited at such great sacrifice from previous generations.  SB1070 does not meet that test.

Finally know that the SSN database is riddled with errors with estimates running as high as 13 million.  Admittedly most are not serious errors but that being said there is a problem with E-Verify identifies those in our country illegally less than 50% of the time correctly.  http://www.scribd.com/doc/27458614/Final-E-Verify-Report-12-16-09-2  This preceding link is of a report DHS sponsored.  The following comes from an AP story:

The online tool E-Verify, now used voluntarily by employers, wrongly clears illegal workers about 54 percent of the time, according to Westat, a research company that evaluated the system for the Homeland Security Department. E-Verify missed so many illegal workers mainly because it can't detect identity fraud, Westat said.

Representative Burges I ask that you not support SB1070.  The issue is not whether SB1070 creates a national ID.  The issue is are states going to provide DHS with enough information about each of us that it, DHS will have a centralized database with our personal information in it.

Mark Lerner  Co-Founder of the Constitutional Alliance, an organization comprised of state lawmakers, state and national groups/organizations and private citizens.