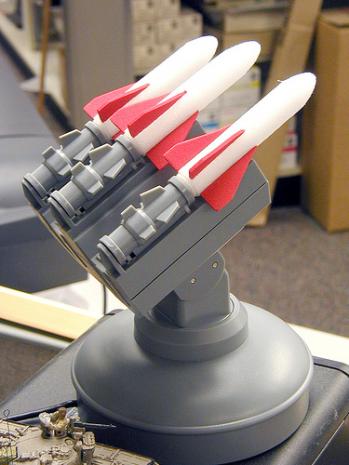 Accounting basics:  when a company experiences what accountants call "a material adverse impact" on its expected future earnings, and those changes affect an item that is already on the balance sheet, the company is required to record the negative impact--"to take the charge against earnings"--as soon as it knows that the change is reasonably likely to occur.
This makes good accounting sense.  The asset on the balance sheet is now less valuable, so you should record a charge.  Otherwise, you'd be misleading investors.

The Democrats, however, seem to believe that Generally Accepted Accounting Principles are some sort of conspiracy against Obamacare, and all that is good and right in America.
Here's the story:  one of the provisions in the new health care law forces companies to treat the current subsidies for retiree health benefits as taxable income.  This strikes me as dumb policy; there's not much point in giving someone a subsidy, and then taxing it back, unless you just like doing extra paperwork.  And since the total cost of the subsidy, and any implied tax subsidy, is still less than we pay for an average Medicare Part D beneficiary, we may simply be encouraging companies to dump their retiree benefits and put everyone into Part D, costing us taxpayers extra money.
But this is neither here nor there, because Congress already did it.  And now a bunch of companies with generous retiree drug benefits have announced that they are taking large charges to reflect the cost of the change in the tax law.
Henry Waxman thinks that's mean, and he's summoning the heads of those companies to Washington to explain themselves.  It's not clear what they're supposed to explain.  What they did is required by GAAP.  And I've watched congressional hearings.  There's no chance that four CEO's are going to explain the accounting code to the fine folks in Congress; explaining how to boil water would challenge the format.
Now, it's entirely possible that these companies are taking as large a charge as possible, because that's what companies like to do--if they have to recognize a negative event, they try to make it as big as possible.   Firms like to recognize as many upside surprises as possible, while minimizing the number of unexpected adverse charges.  It is better to take one "big bath" then dribble out seven "Oops, we underestimated the size of the problem" notices.  And, of course, companies have some discretion over when they "recognize" that the charge they took was too big, which allows them to use a "conservative" (very large) charge to smooth out future earnings somewhat.
But these charges aren't going to have much impact on the stock price, or anything else; they're non-cash charges, the costs will be spread over a number of years, and they're not a huge surprise to investors.  I doubt it's even going to have much impact on the popularity of the health care plan.
As accounting sins go, this is the corporate equivalent of moving your printer ink purchases up by two days in order to deduct them in the current tax year.  It certainly does not warrant congressional investigation.  What AT&T, Caterpillar, et al did was appropriate.  It's earnings season, and they offered guidance about , um, their earnings.
Obviously, Waxman is incensed because this seems to put the lie to the promise that if you like your current plan, nothing will change.  But this was never true.  Medicare Advantage beneficiaries are basically going to see their generous benefits slashed, retiree drug benefits suddenly cost more and may now be discontinued, and ultimately, more than a few employers will almost certainly find it cheaper to shut down their plans.  If Congress didn't want those things to happen, it should have passed a different law.
If Congress thinks that it made the right tradeoffs--or at least, justiiable choices--then our Congressmen should step up and accept responsibility for what they've done.  At the very least, I think we can ask that they refrain from trying to force companies to join them in denying reality by threatening congressional investigation of any company who dares to notify investors that this thing is going to cost them money.
--------------
Megan McArdle is the business and economics editor for The Atlantic. She has worked at three start-ups, a consulting firm, an investment bank, a disaster recovery firm at Ground Zero, and the Economist.