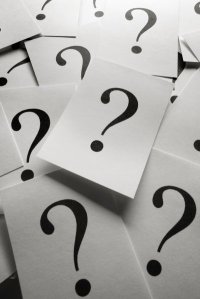 So the wave of corporate writedowns—led by AT&T's $1 billion—isn't caused by ObamaCare after all. The White House claims CEOs are reducing the value of their companies and returns for shareholders merely out of political pique.

A White House staffer told the American Spectator that "These are Republican CEOs who are trying to embarrass the President and Democrats in general. Where do you hear about this stuff? The Wall Street Journal editorial page and conservative Web sites. No one else picked up on this but you guys. It's BS." (We called the White House for elaboration but got no response.)

In other words, CEOs who must abide by U.S. accounting laws under pain of SEC sanction, and who warned about such writedowns for months, are merely trying to ruin President Obama's moment of glory. Sure.

Presumably the White House is familiar with the Financial Standard Accounting Board's 1990 statement No. 106, which requires businesses to immediately restate their earnings in light of their expected future retiree health liabilities. AT&T, Deere & Co., AK Steel, Prudential and Caterpillar, among others, are simply reporting the corporate costs of the Democratic decision to raise taxes on retiree drug benefits to finance ObamaCare.

When the Medicare prescription drug plan was debated in 2003, many feared that companies already offering such coverage would cash out and dump the costs on government. So Congress created a modest subsidy, equal to 28% of the cost of these plans for seniors who would otherwise enroll in Medicare. This subsidy is tax-free, and companies used to be allowed to deduct the full cost of the benefit from their corporate income taxes (beyond the 72% employer portion).

Democrats chose to eliminate the full exclusion and said they were closing a loophole. But whatever it's called, eliminating it "will be highly destabilizing for retirees who rely upon employer sponsored drug coverage" and "will impose a dramatic and immediate impact on company financial statements."

That's how the AFL-CIO put it in a December 10 letter. The Communications Workers of America and the International Brotherhood of Electrical Workers—also known as the AT&T and Verizon workforce—were opposed too. So much for White House claims that reporting these facts is partisan.

As for whether this change is better tax policy, the new health-care bill creates a similar $5 billion fund that will subsidize health costs for early retirees between the ages of 55 and 64. These payments won't be subject to taxation, and companies will likely be able to deduct the full cost of such coverage. (The language is vague and some experts disagree.) The Democrats now feigning tax outrage—but who are really outraged by political appearances—didn't think twice about writing the same loophole back into the tax code. This new reinsurance program was a priority of the United Auto Workers.

The deeper concern—apart from imposing senseless business losses in a still-uncertain economy—is that companies will start terminating private retiree coverage, which in turn will boost government costs. The Employee Benefit Research Institute calculates that the 28% subsidy on average will run taxpayers $665 in 2011 and that the tax dispensation is worth $233. The same plan in Medicare costs $1,209.

Given that Congress has already committed the original sin of creating a drug entitlement that crowds out private coverage, $233 in corporate tax breaks to avoid spending $1,209 seems like a deal. If one out of four retirees is now moved into Medicare, the public fisc will take on huge new liabilities.

Meanwhile, Democrats have responded to these writedowns not by rethinking their policy blunder but by hauling the CEOs before Congress on April 21 for an intimidation session. The letter demanding their attendance from House barons Henry Waxman and Bart Stupak declared that "The new law is designed to expand coverage and bring down costs, so your assertions are a matter of concern."

Perhaps Mr. Waxman should move his hearing to the Syracuse Carrier Dome. The Towers Watson consulting firm estimates that the total writeoffs will be as much as $14 billion, and the 3,500 businesses that offer retiree drug benefits are by law required to report and expense their losses this quarter or next. But 'twas a famous victory, ObamaCare.