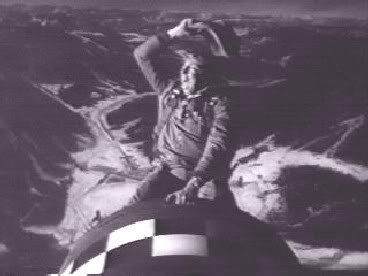 The United States test-fired a submarine-launched ballistic missile capable of carrying nuclear warheads during a joint military exercise Wednesday with Saudi Arabia, a Western military official said.
The Trident missile launch was carried out in the kingdom, the official said, but he would not give a precise location. He spoke on the condition of anonymity because of the sensitivity of the issue.
The U.S. has been strengthening missile defenses in allied Arab nations in the Persian Gulf to help counter any potential missile strike from Iran. Like its nuclear work, Iran's missile program is of top concern to Washington and Arab nations wary of Tehran's growing influence in the region.
A defense official in Washington confirmed the missile launch on the condition of anonymity because he was not authorized to speak on the record. He said, however, that it took place late last week and was part of a demonstration.
The Western military official in the Saudi capital, Riyadh, said U.S. Lt. Gen. Patrick O'Reilly, head of the Missile Defense Agency, attended the test launch.
Earlier this month, Defense Secretary Robert M. Gates visited the kingdom to tell Saudi officials that the Obama administration's efforts for diplomatic engagement with Iran had come to naught, and he asked for the influential kingdom's help to win wide backing for biting economic penalties against Tehran over its nuclear program.
Mr. Gates also discussed bolstering Saudi air and missile defense capabilities as part of the broader U.S. effort to boost security in the Gulf in the face of Iran's expanding arsenal of ballistic missiles.
The United States has promised to speed up weapons sales to Saudi Arabia and other Gulf allies, which have bought billions of dollars worth of American weapons — including missile defense hardware — in recent years.
The U.S. military is trying to reassure Gulf allies by buttressing its defense systems with upgraded Patriot missiles on land and more U.S. Navy ships in the Persian Gulf capable of destroying missiles in flight.
The Patriot missile systems, which originally were deployed in the region to shoot down aircraft, now have been upgraded to hit missiles in flight.
Saudi Arabia has long warned of the potential for a nuclear arms race in the Gulf region if Iran were to gain the bomb. Iran's assurances that its nuclear program is only for peaceful purposes such as power generation have failed to ease concerns.
On Monday, Saudi Deputy Defense Minister Prince Khaled bin Sultan said Saudi and U.S. warplanes will carry out joint exercises soon.