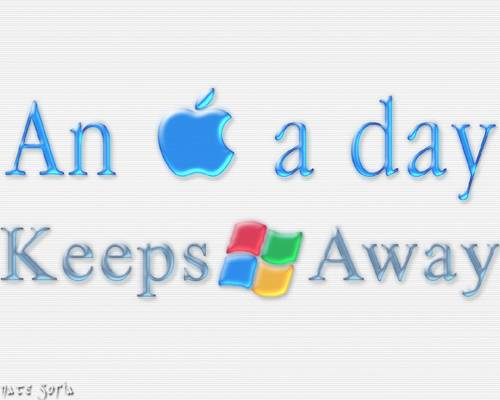 Bigger than a mobile phone yet less cumbersome than a laptop, the iPad -- a touch-screen device that lets users surf the Web, read e-books, watch videos and play games -- goes on sale starting at $499 this weekend. It won’t have a camera, support for Flash video or run multiple programs at once.
“You’re asking people to take a leap of faith, regardless of how interested they are, in a category that consumers have shown very little interest in,” said Apple is trying to remake the tablet -- a thin, handheld computer that’s essentially a big screen without a physical keyboard. Also known as slate computers, tablets have been available since the 1990s, without ever catching on. They currently account for less than 1 percent of the personal- computer market, according to research firm Gartner Inc.
The initial reviews found the iPad to be a fast device with potential as a laptop replacement, even if it lacked some desirable features. The Wall Street Journal’s called the iPad “fun, simple, stunning to look at and blazingly fast.” Apple label, NPD found that 66 percent of consumers -- and 60 percent of people who say they currently own an Apple product -- “don’t foresee an iPad purchase in their future,” according to an online survey of 2,000 consumers age 18 and older. The survey was done between Feb. 24 and March 3, NPD said.
“It’s easy to sell stuff to early adopters because they want to buy stuff,” Baker said. “It’s hard to sell to the mass market because you have to convince them what you’re selling is something new they want.”
Those early adopters may number in the tens of thousands this weekend. Apple will sell 200,000 to 300,000 iPads on Saturday and Sunday, according to , an analyst at Sanford C. Bernstein & Co., projects opening weekend sales of 300,000 to 400,000 iPads. That compares with the 270,000 iPhones sold in the first weekend after its 2007 debut.
Apple declined to comment, said Best Buy, the largest electronics retailer, sees the iPad as a “huge opportunity,” said Wendy Fritz, the company’s senior vice president of computing. The chain will start selling the iPad April 3 at 673 U.S. stores, with another wave of inventory arriving on April 11.
“We think about it as an ability to create a new market and new technology,” Fritz, 40, said in an interview.
Still, it may take a year for the mass market to embrace the iPad, Munster says. While the device should run most of the 150,000 applications available today for the iPhone, some consumers will wait for new apps and content before taking one home, he says.
Waiting for 3G
Customers may also wait for models that support speedy third-generation wireless networks, he says. Apple plans to start selling 3G versions, which begin at $629, later in April. The iPads coming out this weekend rely on Wi-Fi to go online.
The company will likely see a drop-off in demand after the early rush this weekend, Sacconaghi says. He expects Apple to sell about 5 million in the first 12 months, compared with 6.1 million iPhones in its first year on the market. Sales should pick up over time -- assuming Apple extends the iPad beyond the 10 countries already announced, he says. More content and distribution partners also will help.
“There is still a lot we don’t know about it,” said Sacconaghi, who predicts the device will account for 2 percent or less of Apple’s revenue in the fiscal year ending in September. “In the immediate term, iPad expectations appear overzealous, which could provide a relative short-term disappointment for investors.”

These guys are sharp. First they sold you on phones that could do more and more. New stuff. Then they re-invented the Sony Walkman and sold you that. It did a little more than a Walkman. Now they are selling you computers that do less and less.

Ah but you see, they explain, this new device fills the gap between your desktop, your laptop, your phone/ipod/camera/PDA and your other PDA and your wristwatch. And the satellite radio in your car and the DVD movie player in the back seats of your car.

You know, that yawning chasm in your technological footprint that you didn't know was there. Until now.