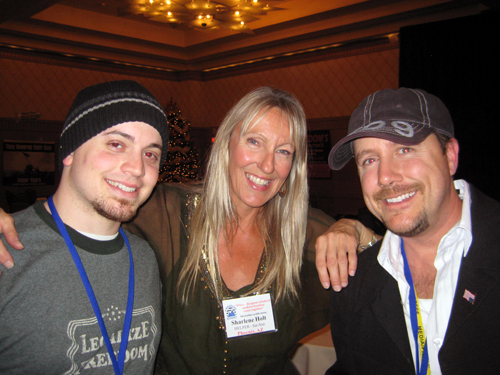 This video features a pix taken of Shar with Melvin Seals, shot in the green room at Cervantes following their Juba Juba gig. Melvin is best known for his friendship and musical partnership with cultural icon Jerry Garcia. He has spun his B-3 magic with the Jerry Garcia Band and in doing so helped pioneer what has now become "Jam Band Music." Melvin continues to bring his unique brand of melodic flavor to the stage with his latest projects, Vitamin B-3 and The Mix, Melvin Seals JGB Band and Melvin Seal Rhythm Factory.

The folks in the video are friends of mine and are not necessarily the musicians playing on this particular song. The song is from "What You're Headed For," produced in Dallas, TX around 2000. I enlisted over 20 musicians to play on this CD, many of whom may have to remain nameless for the time being. Brian Grenvall is showing off with the great guitar solo; Oliver Mowat is on keys. Gerard Bendicks is on drums.

'This Has Gotta Stop':

What Year Is It?

I Wish (Men Would Be Men Again) - Dean Facey