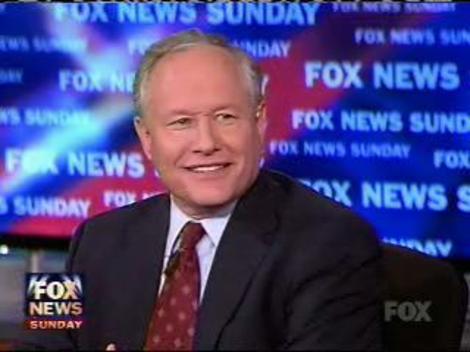 The Obama administration should be seriously considering a strike on Iran, according to neoconservative Fox News contributor Bill Kristol.

An Israeli Deputy Defense Minister said last week that he expected Israel would have to attack Iran within a year. Kristol believes it would be better for the US to attack first.

“I think we have to have a credible threat of force and the preparation to use force against Iran. It would be much better if we used force against — to delay the Iranian nuclear program than if Israel did and there is no evidence that the US government is being at all serious about the use force there,” Kristol told Fox News’ Chris Wallace Sunday.

Nina Easton, also appearing on the Fox News Sunday panel, quickly rebuked Kristol. “Use of force. You say that so blithely as if use of force — what happens to next day after the use of force?” she asked. “I think it behooves us to get the international community together. You have to have sanctions and you have to have a clear threat of force.”

The narrow range of debate on Fox News varied only slightly from sanctions and threatening force to launching a US-led war on Iran. Easton said she would also like to see the Obama administration “curry dissent” in Iran.
VIDEO AVAILABLE BY FOLLOWING LINK