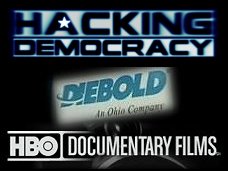 Rand Paul, son of Rep. Ron Paul (R-TX) is running for the GOP nomination for U.S. Senator to replace the retiring Sen. Jim Bunning in the state of Kentucky. Paul, who has been endorsed by the likes of Sarah Palin, is running against Republican Party insider, KY Sec. of State Trey Grayson, who has been endorsed by the likes of Dick Cheney. Primary Election Day is set for May 18th.
Grayson's disturbing history of misrepresenting the truth in regard to certification of the state's electronic voting systems should be of great concern to Paul and his supporters, particularly given the state's rich history of confirmed election fraud by election insiders --- which includes tampering with e-voting systems to change voters votes --- and the fact that much of the state still uses electronic voting systems which are 100% unverifiable in any way, shape or form.
Of equal concern are the hand-marked paper ballot systems used in other parts of the state. Those electronic systems are also at risk to both simple, nearly undetectable manipulation by insiders as well as tallying errors, and have been found to feature serious security flaws highlighted in the past by the state's own former Republican AG. Even admissions by one of the voting machine companies, Diebold, that systems in use in the state did not meet certification requirements, were largely dismissed, and all but ignored for years by Grayson, the state's chief election official who will be overseeing his own election against Paul in May...
Paul, who shares many of the doctrinaire libertarian views of his father, is currently the favored candidate of the Tea Party crowd. Given how the Republican Party (whose ranks make up the bulk of that crowd these days), marginalized Paul's father and his supporters in the past --- the real Tea Partiers as we regard them --- it's somewhat of a surprise so many of the Johnny-Come-Lately-Tea-Baggers are now rallying behind the son.
((CORRECTION 3/29/10: In the article, we had originally mis-identified former KY Attorney General Greg Stumbo as a Republican. In fact, he is a Democrat and we've corrected the text to reflect that. We regret the error and are appreciative to BRAD BLOG commenter "Randall" for bringing it to our attention.))

For his part, Grayson had been accused by the state's Attorney General, the now-retired Democrat Greg Stumbo, of lying about the use of uncertified voting machines in the state. In the Summer of 2007, Diebold, who had recently renamed its election division "Premier Election Solutions", notified the state that Jefferson County had been using uncertified voting systems for the past three elections. The then-AG's investigation into the matter revealed that Grayson had blatantly mislead the public about the certification of those systems.

Stumbo's inquiry had been made in the wake of CA Sec. of State Debra Bowen's "Top-to-Bottom Review" of their e-voting systems, which subsequently found startling security and accuracy issues with the very same Diebold and Hart Intercivic voting systems used in Kentucky. Stumbo had sought to ensure that immediate security upgrades demanded by the Sec. of State in California would be similarly implemented in the Bluegrass State where, he said, "Waiting and hoping for the best is not an option when the problems are obvious. Kentucky deserves the same prompt corrective action as California."

Grayson's attitude is particularly disturbing given Kentucky's rich history of insider election fraud, as illustrated again most recently by last week's federal felony convictions of eight conspirators in Clay County after they'd been found to have fixed elections by buying and selling votes in 2002, 2004 and 2006, and having manipulated e-voting machines made by ES&S in the 2006 election. The federal prosecutors argued the long-running criminal cabal --- led by six high-ranking election officials, including a Circuit Court Judge, the County Clerk and the School Superintendent --- had made millions for themselves in their years-long schemes to undermine democracy. Those schemes, the prosecutors charged, are said to have stretched back "for decades" in the rural, poor, heavily-Republican county.

Rand Paul would be very wise --- even with his current double-digit pre-election poll lead over Grayson which has virtually flipped from how the pair were polling just last Summer --- to begin filing lawsuits now, preemptively, to demand a number of election integrity issues are taken care of, particularly given Grayson's history and the fact that he will be overseeing his own election against Paul, as the state's chief election official.

Among the issues that Paul should go to court to ensure now are the secure storage and retention of voting machine memory cards, memory chips and tapes, as well as all paper ballots (voted, spoiled and unvoted) for the full 22 months following the election, as (theoretically) required by federal law. Most jurisdictions, if not all, completely ignore the 22 month retention requirement for election materials such as memory cards and "hard-drive" chips. They are routinely erased for re-use shortly after the election. It's outrageous that they do so, as we've argued many times over the years, and Paul should force the state now to commit to following federal law on those points, rather than waiting until after the election when it is usually too late.

If anyone from the Paul campaign would like to touch base, we'd be happy to help advise in this regard. For the record, the same offer is good for the Grayson campaign --- as well as the potential Democratic nominees that will likely face either Paul or Grayson in November --- since we don't play favorites when it comes to issues of democracy and fighting to ensure that all who chose to vote are able to see their votes counted, and counted accurately. We do realize, however, given his history, that it may be the case that the KY SoS couldn't be less interested in such things, at least if his track record to date is any indication.

Are Free and Fair Elections a Thing of the Past?

Dems Lower Voting Age To 16 In Cities – Pelosi Once Said: