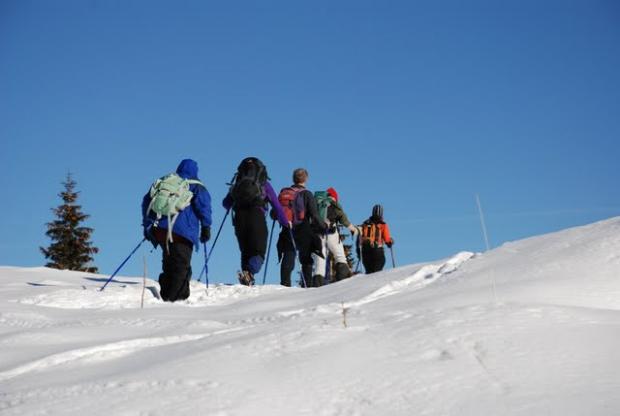 MOSFELLSBAER, Iceland (AFP) – Anna Margret Bjoernsdottir never thought she would be forced to leave her once wealthy homeland, but after 18 months of economic upheaval she has decided to join the biggest emigration wave from Iceland in more than a century.

"I just don't see any future here. There isn't going to be any future in this country for the next 20 years, everything is going backwards," lamented the 46-year-old single mother, who plans to move to Norway in June.

The former real estate agent who lost her job when Iceland's housing market disintegrated two years ago said she feared she could soon be forced out of her large house in Mosfellsbaer, some 15 kilometres (nine miles) from Reykjavik.

"I don't want to sell it," she said, vowing to "fight to keep" the comfortable wooden dwelling she, her daughter Olavia, their cat Isolde Tinna and their dog Candit the Bandit have called home since 2004.

Bjoernsdottir is not alone in planning to leave Iceland's economic mess behind and seek a new future abroad. Most people in Reykjavik have someone in their surroundings who has already packed their bags and left.

Emigration has rapidly picked up speed since the Atlantic island nation's economy crumbled in late 2008, dragged down by the collapse of its major banks. Last year it marked the largest exodus from the country since 1887.

In 2009, more than 10,600 people left the country of fewer than 320,000 inhabitants, according to official statistics, with 4,835 more people moving away than immigrating.

Foreign workers, mainly Poles, who since the beginning of the decade had been drawn to Iceland's financial miracle, were the first to leave.

But Icelanders like Bjoernsdottir have not been far behind, most heading to the country's still prosperous Nordic neighbours, especially Norway.

"I don't think I can offer a good future to my daughter Olavia" in Iceland, Bjoernsdottir said.

Like many other Icelanders who have seen their worlds collapse since the financial turmoil began, Bjoernsdottir's predicament stems from the decision, on advice from her banker, to take up a loan in foreign currency.

Repayments on her loan, in yens and Swiss francs, became insurmountable after the Icelandic krona nose-dived following the banking sector implosion.

"My loans are twice as high as they were," she said, shaking her head in disgust. "The payments keep going higher and higher, so I have to leave, I'm forced to!"

Bjoernsdottir lost her job in real estate at the end of 2008 as the crisis hammered Iceland's economy. Since then she has picked up temporary teaching work, but that position also disappeared last September.

Other victims of Iceland's financial woes have ended up with one foot in and the other out of the country.

Svanbjoern Einarsson, a 44-year-old father of three, says he is trapped in the country due to an unsellable house that he does not want to abandon.

Instead, the engineer has chosen to work for six-week stretches in Norway's oil capital Stavanger on the western coast, with occasional one- or two-week breaks home with his family.

"It's very difficult. When I work I forget about it, but in the evening it's very tough," he said.

Long-term, however, he acknowledged his future may be in Norway, not Iceland.

Like many of their countrymen forced into exile, both Bjoernsdottir and Einarsson blame Reykjavik for their country's plight.

"I'm so angry about this government," Bjoernsdottir said.

Iceland's first ever left-wing government came to power last year after the previous right-wing administration collapsed following a wave of protests blaming it for the state of the economy.

But the current government is now under fire over a deal to pay out massive compensation to Britain and the Netherlands for costs incurred following the fall of the online bank Icesave in October 2008.

Iceland has agreed to pay out 3.9 billion euros (5.3 billion dollars) to compensate for money the two countries paid out to 340,000 of their citizens hit by the bank's collapse.

"I had great hopes when the left-wing government was elected, that they would do something against corruption and the abusive loans, but all they do is talk about Icesave," Einarsson said.

In a March 6 referendum, more than 93 percent of Icelandic voters rejected a deal to repay Britain and the Netherlands at a high interest rate. Reykjavik has since said it will try to secure a more favourable agreement.

Bjoernsdottir was among those who voted down the deal -- and says the debacle strengthened her determination to leave Iceland.

"I don't want my daughter to have to pay for this," she said. "I just have such a bad feeling about what's happening here."

A Severe Computer Chip Shortage Will Last "A Few Years",