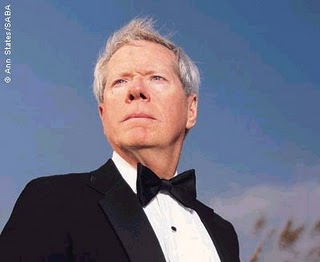 There was a time when the pen was mightier than the sword. That was a time when people believed in truth and regarded truth as an independent power and not as an auxiliary for government, class, race, ideological, personal, or financial interest.

Today Americans are ruled by propaganda. Americans have little regard for truth, little access to it, and little ability to recognize it.

Truth is an unwelcome entity. It is disturbing. It is off limits. Those who speak it run the risk of being branded “anti-American,” “anti-semite” or “conspiracy theorist.”

Truth is an inconvenience for government and for the interest groups whose campaign contributions control government.

Truth is an inconvenience for prosecutors who want convictions, not the discovery of innocence or guilt.

Truth is inconvenient for ideologues.

My take on Mr. Roberts is that the mainstream stopped printing his articles because he went off senile.  Here is his response to me

If I were as utterly stupid and ignorant as you, I would not be broadcasting it to others.

If temperatures in the towers were of sufficient  heat to weaken steal such that there was uniform collapse, paper, in file cabinets or not (the flimsy cabinets themselves would have melted), would have reached combustion temperatures long before the steel weakened. I don't know why such ignorant, utterly stupid, totally brainwashed low grande morons like you dare to write to someone who knows what he is talking about.  Where do such total dumbshits like you come from?

As poingant as it is, this admission by Roberts isn't unexpected. In the years I've been reading his stuff, never once did I see any sort of call to action. Nothing proactive atall. I did see him once say, a few years back, that there's nothing the American people can do about their present situation.

Well I couldn't say good riddance, the guy has been a great writer/researcher but if he's gonna be all bummed out about everything.....