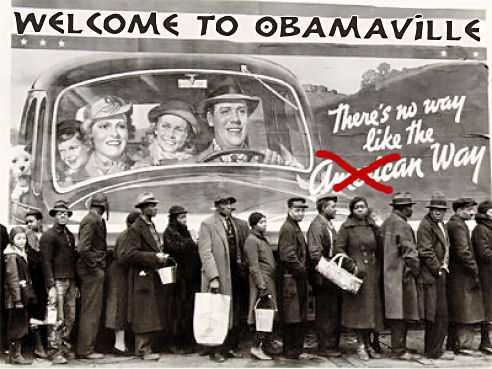 A chilling Russian Space Forces (VKS) report prepared for Prime Minister Putin is warning today the United States is in the process of constructing at least 300 massive “death camps” in 11 of their Western States secret documents had previously revealed President Obama’s Department of the Interior was preparing to take over in a massive 13-million acre land grab against his own people. VKS satellites had been tasked with overseeing this vast area of the United States after Obama had ordered all of these 13 million acres not to be flown over by aircraft or trespassed upon under threat of life imprisonment. These reports further state that the US Northern American Command has been put in charge of this “death camp” project and in their largest logistical deployment since World War II are moving massive amounts of equipment from their war zones to America in preparation for “relocating” nearly 30 million of their citizens into them over the next 3 years. Not being understood by t

3 Comments in Response to Death Camps Warned Being Prepared As Millions In US Left Hopeless !!!

The EU times link I gave is still up

Re: Death Camps Warned Being Prepared As Millions In US Left Hopleless

Interestingly: Immediately after I posted my prior comment concerning this Europe Times story about the Russian Report that alleges, U.S. Government is preparing Detention Camps for 30 million Americans, I went to at least six other websites that had this story. Then one-hour letter I discovered all those websites' links to this story, ceased to work, including accessing Europe Times. The only web address that worked as of this writing was for the Russian PRAVDA publication at:

Could You Be Sent to A Detention Camp If McCain’s bill 3081 Is Passed?

It has been recently alleged a chilling Russian Space Forces (VKS) report prepared for Prime Minister Putin is “warning” the United States, U.S. Government is in the process of constructing at least 300 massive “camps” in 11 of Western States to house 30-million Americans. The report apparently makes comparisons how U.S. Government in 1932 used military force to crush Americans that demonstrated for economic relief from the Great Depression, while concurrently incarcerating Americans in detention camps; and how Germany used similar Camps in the 1930’s during its economic depression  to imprison rounded up Citizens, where large numbers died.

While one prudently has to remain skeptical, it is interesting that similar to Hitler’s enacted1933 laws that made it possible to round up anyone without cause that "might" provoke or incite disobedience against the State; including demonstrators wanting food, U.S. Sen. John McCain recently introduced S.3081a bill that could be used by Obama in similar fashion to Hitler’s laws, to round up demonstrators not limited to starving Americans and dissenters without probable cause.

Sen. McCain’s S.3081 would eliminate several Constitutional protections allowing Government to arbitrarily pick up Americans on mere suspicion—with no probable cause. Your political opinions and statements made against U.S. Government could be used by Authorities to deem you a “hostile” “Enemy Belligerent” to cause your arrest and indefinite detention. S.3081 is so broadly written innocent anti-war protesters and Tea Party Groups might be arrested and detained just for attending demonstrations.

Under S.3081, an “individual” need only be Suspected by Government of “suspicious activity” or “supporting hostilities” to be dragged off and held indefinitely in Military Custody. Government will have the power to detain and interrogate any individual without probable cause. Government need only allege an individual kept in detention, is an Unprivileged Enemy Belligerent suspected of; having engaged in hostilities against the United States or its coalition partners; or has purposefully and materially supported hostilities against the United States or its coalition partners. How could one prove to Government they did not purposely do something? “Materially Supporting Hostilities” against the United States could include any person or group that spoke out or demonstrated disapproval against an agency of U.S. Government. It is foreseeable many Americans might go underground to Resist Government Tyranny. Definition for Unprivileged Enemy Belligerent: (Anyone Subject to a Military Commission)

At least under the Patriot Act, law enforcement generally needed probable cause to detain a person indefinitely. Passage of S.3081 will permit government to use “mere suspicion” to curtail an individual’s Constitutional Protections against unlawful arrest, detention and interrogation without benefit of legal counsel and trial. According to S.3081 Government is not required to provide detained individuals U.S. Miranda Warnings or even an attorney.

S.3081 if passed will frighten Americans from speaking out. S.3081 is so broadly written, it appears any “individual” who writes on the Internet or verbally express an opinion against or an entity of U.S. Government or its coalition partners might be detained on the basis he or she is an “unprivileged enemy belligerent”, “supporting hostilities against U.S. Government.”

How might Americans respond should Government use this bill to take away their loved ones, family members and friends on mere suspicion? It is foreseeable McCain’s bill will drive lawful political activists underground, perhaps creating the domestic terrorists McCain said we needed to be protected from.

McCain’s bill mentions “non-violent acts" supporting terrorism in the U.S. and or emanating from America against a Coalition Partner. Non-violent terrorist acts" are covered in the Patriot Act to prosecute Persons that support “coercion to influence a government or intimidation to affect a civilian population.” However, U.S. activists and individuals under S.3081 would be much more vulnerable to prosecution, if (charged with suspicion) of “intentionally providing support to an Act of Terrorism”, for example American activists can’t control what other activists might do illegally—they network with domestically and overseas. Under the Patriot Act, law enforcement generally needs probable cause to detain or prosecute someone. But under S.3081, law enforcement and the military can too easily use (hearsay or informants) to allege “suspicious activity” to detain an individual. It is problematic under S.3081 that detained individuals in the U.S. not involved in terrorism or hostile activities, not given Miranda Warnings or allowed legal counsel will be prosecuted for ordinary crimes because of their alleged admissions while in military custody.

Notably, McCain’s S.3081 mandates (merging) Federal, State and Local Police and subsequently the U.S. Military to detain and hold Individuals in the U.S., even without probable cause.

Historically it is foreseeable under S.3081 that "erroneous informant information" could be used to detain innocent Individuals. Other countries have used lying informants to imprison; even execute political opposition.

Under S.3081 government may use an individual’s phone call and email information to allege without probable cause “suspicious or hostile activity against a U.S. civilian population or the United States to detain Americans.”

(Make Your Own Determination If The Analysis Herein Is Correct) See McCain 12-page Senate bill S.3081 at:

FYI: below is enclosed a copy of “Hitler’s Discriminatory Decrees signed February 28, 1933.” Although the Nazi Decrees are written differently than S.3081, the McCain bill could bring America to the same place crushing free speech and personal liberty. Note how the Nazi Government in Section (1) and (4), similar to U.S. S.3081, suspend personal liberty— shutdown Free Speech to intimidate Citizens speaking out against Government:

“Sections 114, 115, 117, 118, 123, 124, and 153 of the Constitution of the German Reich are suspended until further notice. Thus, restrictions on personal liberty, on the right of free expression of opinion, including freedom of the press, on the right of assembly and the right of association, and violations of the privacy of postal, telegraphic, and telephonic communications, and warrants for house-searches, orders for confiscations as well as restrictions on property, are also permissible beyond the legal limits otherwise prescribed.”

Similar to McCain’s S. 3081, but using different wording the Nazi Government in Section (4) see below, suspended Constitutional rights, ordered the arrest of Citizens for any ACT that might incite or provoke disobedience against state authorities. McCain’s S.3081 instead mentions detaining and prosecuting Individuals for “supporting hostilities” against U.S. Government. S.3081 is so broadly written any person or group attending a protest could be arrested without provable cause and detained if government charged a protest-supported hostilities.

Astronaut Michael Collins, who circled the moon during the Apollo 11 landing, has died at age 90

Millionaire offers $1.2 M reward to anyone providing an isolated sample of the COVID-19 virus

Miscarriages skyrocket 366% in six weeks due to Covid vaccines