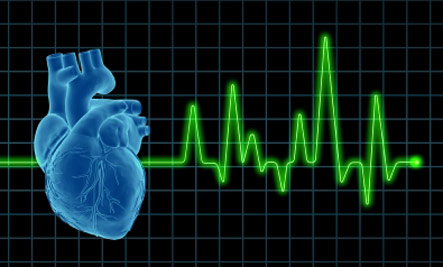 Transplant patients sometimes take on part of their donors’ personalities.

Glenda lost her husband, David, in a car crash. She made his organs available for transplant. A few years later, as part of a study by neuropsychologist Paul Pearsall, she met the young Spanish-speaking man who had received her late husband’s heart. Filled with emotion, Glenda asked if she could lay her hand on his chest. “I love you, David,” she said. “Everything’s copa­cetic.”

The young man’s mother, also present, was startled. “My son uses that word now,” she said. “He never said it before his heart transplant. I don’t know that word; it doesn’t exist in Spanish. But it was the first thing he said after the operation.”

Her son appeared to have changed in other ways too. Before, he had been a health-conscious vegetarian; now he craved meat and greasy food. He had loved heavy metal music; now he played nothing but fifties rock ’n’ roll. Glenda’s husband had been an ardent meat-lover and played in a rock ’n’ roll band.

Does the heart have a memory? Is part of an organ donor’s personality also transferred to the recipient in a transplant? Yes, contends Pearsall in his book The Heart’s Code, which provides other remarkable examples of transplanted hearts with memories.

An 8-year-old girl received the heart of a 10-year-old girl who had been murdered. The recipient ended up at a psychiatrist’s office, plagued by nightmares about her donor’s murderer. She said she knew who the man was. After a few sessions, the psychiatrist decided to notify the police. Following the girl’s instructions, they tracked down the murderer. The man was convicted on evidence she had provided the first clues about: the time, the weapon, the place, the clothes he wore, what his victim told him. Everything the girl said turned out to be true.

Pearsall’s book is based on 73 heart-transplant cases in which parts of the donors’ personalities appear to have been transferred to the recipients.

Pearsall argues that the brain is not the only centre of human intelligence. The heart, he says, carries equal importance. He posits that the body is made up of cells that transmit “information.” Cells communicate this information to each other electromagnetically. Thus a transplanted organ can continue to broadcast old information, something like amputees’ experience of pain in lost limbs. Phenomena like these suggest cells have memories.

Critics deny the existence of proof that memories can be transplanted along with organs, and fear such assertions will cause donor numbers to fall. Some non-believers attribute personality changes in transplant recipients to the heavy drugs they must take to prevent organ rejection.

But what should we make of the documented story of an 8-year-old Jewish boy who died in a car wreck? His death was the salvation of a 3-year-old Arab girl with a dangerous heart condition. As soon as the girl woke up from the anaesthesia after surgery, she asked by name for a type of Jewish candy she could not have known existed.