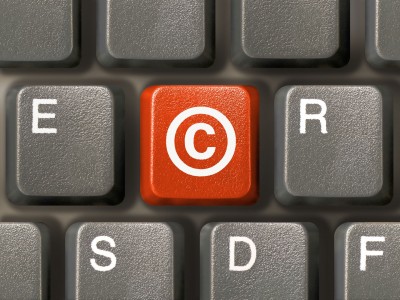 This week the White House sent out a press release touting the Obama administration's efforts to increase transparency in government. "For too long Washington has closed itself off from the oversight of the American public," President Obama said. "That's why my administration is taking concrete steps to build a government that's more transparent, open and accountable."

In some ways the administration has successfully moved toward openness and transparency. The FCC's recently released National Broadband Plan is a model of transparency. In developing the plan the Commission convened dozens of workshops and public meetings. Commissioners and staff openly discussed potential policy directions and invited others to support or contradict them. All stakeholders had ample opportunity to provide input, and the result was a thoughtful and nuanced proposal.

Unfortunately, such openness and transparency is absent from the administration's negotiation of a very important global agreement, the Anti-Counterfeiting Trade Agreement (ACTA).

ACTA is a multilateral global copyright agreement backed by the big-content companies, originated in the Bush administration and now being pushed by the Obama White House. The fact that you know little or nothing about ACTA is not coincidental. Supporters of this unwise agreement know that if it were exposed to the light of day, consumer outrage would stop the agreement from becoming law.

So what is ACTA? Proponents say it is merely an international agreement to harmonize enforcement actions against intellectual property violations. Indeed, some parts of ACTA make sense, such as provisions dealing with counterfeit goods. But others are deeply troubling. ACTA end-runs Congress by changing U.S. copyright law and stripping Congress of authority to fix problems with copyright statutes. It imposes harsh new criminal penalties for copyright infringement, and it requires Internet service providers to adopt a "three strikes" policy that would shut off Internet access to average Americans that Hollywood studios deem to be infringers.

Perhaps ACTA's most unfortunate provision is the imposition of "secondary liability." This obscure provision of copyright law--generally disfavored by courts--holds that a business, such as a manufacturer or Internet provider, should be liable for a third party's copyright infringement.

The ACTA language goes far beyond current U.S. law. It contains no protections for substantial non-infringing uses, meaning a manufacturer of an MP3 player could be liable for copyright infringement by a single user, even if 3 million other users committed no infringement at all. This is a business-threatening concern for the 2,000 consumer technology companies who are members of CEA.

ACTA even allows for injunctions to prevent "imminent" infringement should a copyright owner seek to prevent new technology from reaching the marketplace. Not only is this wildly overbroad, but imposing these conditions on other nations will surely backfire on American innovators. Incidents like the recent Italian decision imposing criminal liability on Google ( GOOG - news - people ) executives for not promptly removing a customer-posted video will be all too common under an ACTA regime.

So how could an agreement have gotten so far with so many troubling provisions and so little public scrutiny? It happened because ACTA's proponents have shrouded the agreement in secrecy, negotiating behind closed doors, limiting the ability of concerned parties to provide input and avoiding open forums that normally deal with international copyright issues

A small number of groups, including CEA, were allowed to read ACTA's Internet-related provisions, in return for signing a non-disclosure agreement. That means we know what's in the agreement, but are forbidden from talking about it under penalty of law. Fortunately, in the Internet age, it's tough to keep people in the dark for long. Some nations that are uncomfortable with ACTA have leaked the text, and you can read the entire agreement here. Needless to say, all CEA's public commentary on ACTA is based solely on these leaked drafts.

Thankfully, reason is beginning to prevail. Last month the European Parliament rejected ACTA by a vote of 666 to 13, and many members cited the lack of transparency in the ACTA process as the reason for their opposition. Meanwhile, a number of U.S. senators have expressed concern about ACTA's direction and its impact on Congress' ability to set U.S. copyright law.

The stakes are high, given ACTA's potential impact on America's most innovative industry as well as millions of Internet users. ACTA would change the very nature of the Internet. It would preserve the legacy business models of the copyright industry at the expense of innovation by imposing significant new regulations and penalties on technology innovators and consumers.

It is time for the administration to end the secrecy, make good on its transparency pledge and open up the ACTA process to public debate and participation.

Taiwan Has The Fastest Internet In The World, USA Is 4th...