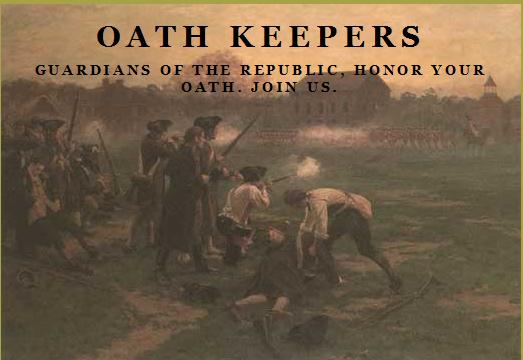 Stewart Rhodes does not seem like an extremist. He is a graduate of Yale Law School and a former U.S. Army paratrooper and congressional staffer.
He is not at all secretive. In February he was sitting at a table at the annual Conservative Political Action Conference (CPAC) at a fancy downtown hotel in Washington, handing out fliers and selling T shirts for his organization, the Oath Keepers.
Rhodes says he has 6,000 dues-paying members, active and retired police and military, who promise never to take orders to disarm U.S. citizens or herd them into concentration camps.
Rhodes told a NEWSWEEK reporter, "We're not a militia." Oath Keepers do not run around the woods on the weekend shooting weapons or threatening the violent overthrow of the government.
Their oath is to uphold the Constitution and defend the American people from dictatorship. But by conjuring up the specter of revolution—or counterrevolution—is Rhodes adding to the threat of real violence?