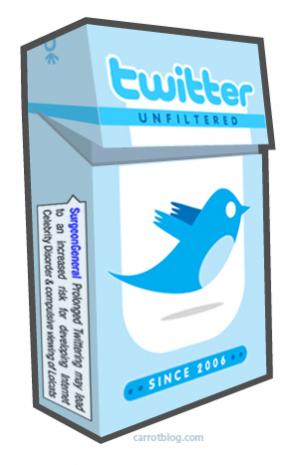 In toying with ads, Twitter — the net’s largest micro-publishing service — is going where every internet company in search of a dollar has gone before. But the history of how advertising has been introduced into a formerly commercial-free community is mixed, and success for this billion-dollar baby depends on how they decide to zag.
Twitter, the net’s largest micro-publishing service, launched an advertising service Tuesday that will let advertisers — beginning with some of the world’s top brands such as Starbucks — have their tweets show up in the top of search results. It’s a first attempt by the service to make money from its users.
Twitter’s ad model should sound familiar to net users, because it’s not unlike Google’s search ads — which let advertisers have links to their services and products show up above and beside search results. It’s not a bad model to work off, given those tiny ads propelled Google into one of the world’s top tech companies with enough global clout to even take on Microsoft and the Chinese government.
Twitter is moving tentatively, however: Only one “sponsored tweet” will be displayed alongside search results, and the ad has to be something the advertiser already tweeted.
“We are simply following our long-held ethos of putting user value before profit,” said Twitter spokeswoman Jenna Sampson by e-mail. “We also want to ensure that promoted tweets are additive to the user experience as opposed to simply ensuring that they don’t detract from it. This takes a careful, thoughtful approach.”
Without saying it, Twitter is trying to avoid the pitfalls that have plagued Facebook in its attempts to make money from its users — whether that be the ill-considered Beacon initiative that publicized users’ purchases on the net (leading to the $10 million settlement of a privacy lawsuit) and repeated changes to its privacy policy designed to make the site more open to advertisers.
Meanwhile, Yahoo and Microsoft have struggled to keep up with Google’s tiny-text-ad success, even as they’ve had better luck with more traditional banner and multimedia ads. The two joined forces — with Yahoo taking over ad sales for both search sites, and Microsoft’s Bing search powering the search results for both.