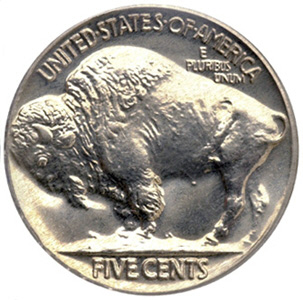 The price of a nickel is now six cents, that is, the metallic value of the copper and nickel in the U.S. five-cent piece is now worth six cents.

Naturally actually melting and separating the 75 percent copper from the 25 percent nickel in the coin’s alloy costs some money to accomplish, so that extra cent is not all profit, but it is large enough to start getting people’s attention.
It got mine when I checked the Web site, www.coinflation.com. The Web site does all the messy math for you at the close of each business day. What could be more convenient?

Mind you this discussion is all purely academic – just between us hobbyists you understand. It is still illegal according to Treasury regulations to melt nickels or even to export them other than up to $5 worth of the coins as pocket change.

These regulations were slapped on us Dec. 14, 2006, to buy the Treasury time to figure out what to do about the high costs of making the cent and nickel. Two years ago, the nickel was worth about 10 cents of metal value. Russ Rulau wrote a couple of feature stories about nickels that were still in circulation and that collectors should join him in putting them away for the future as we did with silver coins in the 1960s.

Well, the financial crash triggered by the Lehman Brothers failure in 2008 caused the prices of both copper and nickel to retreat. This has bought some time for the Treasury. But that time now appears to be gone.

What’s to be done? The Treasury is still fishing for blanket authority to change compositions rather than asking the Congress to authorize a specific replacement composition as used to be done.

The 2011 budget proposal sent to Capitol Hill by the President early this year offers language where, “The Secretary shall prescribe the weight and the composition of the dollar, half-dollar, quarter-dollar, dime, 5-cent and one-cent coins. In addition, the Secretary shall consider such factors that the Secretary deems, in the Secretary’s sole discretion, to be appropriate.”

The first time I reported this, in the Feb. 16 issue, I was thinking that this dealt with the cent and nickel problem, but reading the language, it appears to me that the Treasury secretary could decree on his authority alone that the dollar coin should be made of gold and the dime, quarter and half dollar of silver.

Wow. The gold standard advocates are closer to realizing their goal than they realize. Just give the Secretary of the Treasury the blanket authority he seeks.

Of course, the language could also allow the secretary to draw up specifications for U.S. coins that can be met by only one manufacturer, making for a mighty nice windfall for that lucky entity.