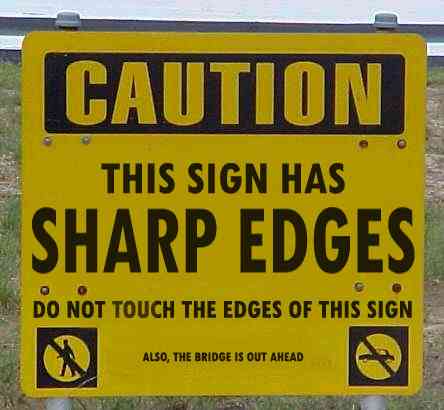 AMSTERDAM (AP) -- Several major airlines safely flew test flights without passengers over Europe on Sunday despite official warnings about the dangers of a volcanic ash plume, fueling a corporate push to end an economically devastating ban on commercial air traffic.

KLM Royal Dutch Airlines said that by midday Sunday it had flown four planes through what it described as a gap in the layer of microscopic dust over Holland and Germany. The ash began spewing from an Icelandic volcano Wednesday and has drifted across most of Europe, shutting down airports as far south and east as Bulgaria.

Air France, Lufthansa and Austrian Airlines have also sent up test flights, although most traveled below the altitudes where the ash has been heavily concentrated.

KLM said its planes of various types flew the 115-mile (185-km) flight from Duesseldorf in western Germany to Amsterdam's Schiphol Airport at an unspecified normal altitude above 10,000 feet (3,000 meters). They did not encounter the thick though invisible cloud of ash, whose main band has floated from 20,000 to 32,000 feet, the height of most commercial flight paths.

The announcement prompted some airline officials to wonder whether authorities had overreacted to concerns that the tiny particles of volcanic ash could jam up the engines of passenger jets. The possibility that the ash had thinned or dispersed over parts of Europe heightened pressure from airline officials losing hundreds of millions of dollars a day to end a flight stoppage that has thrown global travel into chaos and left millions stranded far from home.

''With the weather we are encountering now -- clear blue skies and obviously no dense ash cloud to be seen, in our opinion there is absolutely no reason to worry about resuming flights,'' said Steven Verhagen, vice president of the Dutch Airline Pilots Association and a Boeing 737 pilot for KLM.

''We are asking the authorities to really have a good look at the situation, because 100 percent safety does not exist,'' Verhagen said. ''It's easy to close down air space because then it's perfectly safe. But at some time you have to resume flights.''

Meteorologists warned, however, that the situation above Europe remained unstable and constantly changing with the varying winds -- and the unpredictability was compounded by the irregular eruptions from the Icelandic volcano spitting more ash into the sky.

KLM had permission from Dutch and European aviation authorities before sending the planes aloft but the Dutch and most other European authorities kept their air space closed to passenger traffic until at least 1800 GMT (1 p.m. EDT) Sunday, saying conditions remained risky.

KLM's first test flight was Saturday and the airline said it planned to return more planes without passengers to Amsterdam from Duesseldorf on Sunday, planning to bring the total number of flights to 10 by the end of the day. Engineers immediately took the aircraft for inspection as they landed.

''We hope to receive permission as soon as possible after that to start up our operation and to transport our passengers to their destinations,'' said Chief Executive Peter Hartman, who was aboard one of Saturday's flights.

Kyla Evans, spokeswoman for the European air traffic control agency Eurocontrol, said it was up to national aviation authorities to decide whether to open up their airspace. The agency's role was to coordinate traffic once it was allowed to resume.

Daniel Hoeltgen, a spokesman for the European Aviation Safety Agency, said the organization was in contact with airlines and national regulators with a view to allowing commercial aircraft to begin operating again.

''But there is currently no consensus as to what consists an acceptable level of ash in the atmosphere,'' Hoeltgen said. ''This is what we are concerned about and this is what we want to bring about so that we can start operating aircraft again in Europe.''

''No anomalies were reported. Visual inspections showed no anomalies,'' Air France said in a statement soon after it landed. ''Deeper inspections are under way.''

It did not say how high the planes had flown.

Germany's Lufthansa flew 10 empty long-haul planes Saturday to Frankfurt from Munich at low altitude, between 3,000 and 8,000 meters (9800 and 26000 feet), under so-called visual flight rules, in which pilots don't have to rely on their instruments, said spokesman Wolfgang Weber.

''We simply checked every single aircraft very carefully after the landing in Frankfurt to see whether there was any damage that could have been caused by volcanic ash,'' Weber said. ''Not the slightest scratch was found on any of the 10 planes.''

Air Berlin, Germany's second-biggest airline, said it had transferred two planes from Munich to Duesseldorf and another from Nuremberg to Hamburg without problems on Saturday. They flew at 9,840 feet (3,000 meters).

A technical inspection of the aircraft after landing ''did not reveal any adverse effects,'' the company said.

Air Berlin Chief Executive Joachim Hunold declared himself ''amazed'' that the results of the German airlines' flights ''did not have any influence whatsoever on the decisions taken by the aviation safety authorities.''

Businessman Niki Lauda said Sunday that his Fly Niki airlines planned a test flight from Vienna to Salzburg. Austrian Airlines spokesman Martin Heheman said it was flying an Airbus A320 to the southern city of Graz, where the plane will undero a technical check to see what if any effects the volcanic cloud had. If none, three more test flights from Graz to Vienna are planned.

Austrian Airlines spokeswoman Pia Stradiot, when asked if the firm thought the flights were safe, said: ''That's exactily what we want to test and this is why we are immediately checking the planes after they land.''

Rognvaldur Olafsson, a spokesman with the Civil Protection Agency in Iceland, said Sunday the eruption is continuing and there are no signs that the ash cloud is thinning or dissipating.

The British Meteorological Office said there was no way to be certain that areas clear of ash will remain that way. The cloud ''won't be present at all parts of the area at risk at all times, you can see clear area, but it will change, it won't stand still,'' said meteorologist John Hammond.

The Met Office said the ash reached up to 20,000 feet, but that the grit also was dropping to low levels in some places and settling on the ground in parts of southern England.

The aviation industry, already reeling from a punishing economic period, is facing at least $200 million in losses every day, according to the International Air Transport Association.

National air safety regulators have the right to close down a country's air space in cases of extreme danger. But they can also grant waivers to airlines to conduct test flights or to ferry empty airliners from one airport to another at lower altitudes not affected by the main ash clouds.

The Swiss Federal Office of Civil Aviation began allowing flights Saturday above Swiss air space as long as the aircraft were at least at 36,000 feet (11,000 meters). It also allowed flights at lower altitudes under visual flight rules, aimed at small, private aircraft.

Ash and grit from volcanic eruptions can sabotage a plane in various ways: the abrasive ash can sandblast a jet's windshield, block fuel nozzles, contaminate the oil system and electronics and plug the tubes that sense airspeed. But the most immediate danger is to the engines. Melted ash can then congeal on the blades and block the normal flow of air, causing engines to lose thrust or shut down.

Scientists say that because the volcano is situated below a glacial ice cap, magma is being cooled quickly, causing explosions and plumes of grit that can be catastrophic to plane engines, depending on prevailing winds.

''Normally, a volcano spews out ash to begin with and then it changes into lava, but here it continues to spew out ash, because of the glacier,'' said Reynir Bodvarsson, director of Swedish National Seismic Network. ''It is very special.''

Bodvarsson said the relative weakness of the eruption in Iceland also means the ash remains relatively close to the earth, while a stronger eruption would have catapulted the ash outside of the atmosphere.

In 1989, a KLM Boeing 747 that flew through a volcanic ash cloud above Alaska temporarily lost all four motors. The motors restarted at a lower altitude and the plane eventually landed safely.