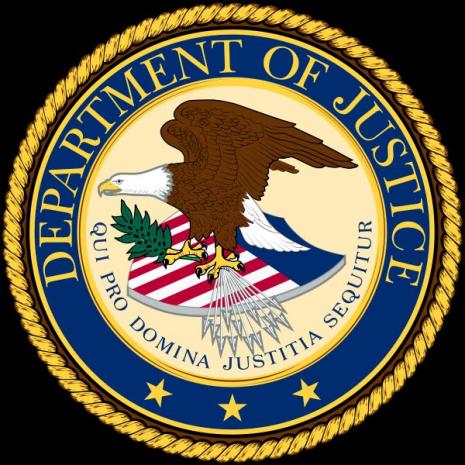 The U.S. Justice Department has abruptly abandoned what had become a high-profile court fight to read Yahoo users' e-mail messages without obtaining a search warrant first.

In a two-page brief filed Friday, the Obama administration withdrew its request for warrantless access to the complete contents of the Yahoo Mail accounts under investigation. CNET was the first to report on the Denver case in an article on Tuesday.

Yahoo's efforts to fend off federal prosecutors' broad request attracted allies--in the form of Google, the Electronic Frontier Foundation, the Center for Democracy and Technology, and the Progress and Freedom Foundation--who argued (PDF) that Americans who keep their e-mail in the cloud enjoy a reasonable expectation of privacy that is protected by the U.S. Constitution.

Two years ago, then-presidential candidate Barack Obama had pledged that, as president, he would "strengthen privacy protections for the digital age." This dispute had the potential to test his administration's actual commitment to privacy, which recently became the subject of a legislative push supported by Silicon Valley firms and privacy advocates. The administration has taken a position at odds with that coalition in a second case in Philadelphia involving warrantless tracking of cell phones.

Much of the information about the case in federal court in Colorado remains unclear, including the nature of the possible crime being investigated, how many e-mail accounts are at issue, and whether it was the flurry of publicity in the last few days or something else that prompted the U.S. Attorney's office in Denver to back down.

The brief filed Friday says that Yahoo had turned over more information since March 3 and that "the government has concluded that further production of records and information by Yahoo would not be helpful to the government's investigation."

On December 3, 2009, U.S. Magistrate Judge Craig Shaffer ordered Yahoo to hand over to prosecutors certain records, including the contents of e-mail messages. Yahoo divulged some of the data but refused to turn over e-mail that had been previously viewed, accessed, or downloaded and was less than 181 days old.

Neither Yahoo nor Assistant U.S. Attorney Pegeen Rhyne were immediately available for comment on Friday. A spokesman for the U.S. Attorney's office in Denver sent CNET an e-mail message saying: "Because this involves an ongoing investigation, I respectfully decline comment, other than to say the brief filed today speaks for itself."

A 17-page brief (PDF) that the Justice Department filed last month acknowledges that federal law requires search warrants for messages in "electronic storage" that are less than 181 days old. But, Rhyne had argued, the Yahoo Mail messages don't meet that definition.

"Previously opened e-mail is not in 'electronic storage,'" Rhyne had written. "This court should therefore require Yahoo to comply with the order and produce the specified communications in the targeted accounts." (The Justice Department says that what's known as a 2703(d) order--and is not as privacy-protective as the rules for search warrants--should let police read e-mail.)

A footnote to Friday's government brief says that the Justice Department "is aware that Yahoo and other various parties have now submitted briefs on various privacy issues in the context of the prior motion to compel. The government respectfully disagrees with positions taken in those briefs, but because the need for the motion to compel has been vitiated by Yahoo's further production, the government declines to litigate this matter in this moot context."

Update 12:45 p.m. PDT: EFF Attorney Kevin Bankston just sent me a link to his post, which claims the Justice Department is "unwilling" to fight civil liberties groups in the courts. (Another explanation is that prosecutors are perfectly willing when the time is right, but didn't think this particular case offered the best chance for them to win.) Bankston writes: "While this is a great victory for that Yahoo subscriber, it's disappointing to those of us who wanted a clear ruling on the legality and constitutionality of the government's overreaching demand."

Update 2:08 p.m. PDT: Yahoo has sent a statement saying: "We are pleased with the decision and we continue to be committed to protecting the privacy of users." A spokesman has repeatedly declined to disclose what, if any, additional information the company has turned over. And EFF's Bankston adds, in e-mail, a thought that buttresses the DOJ-not-wanting-a-public-fight point: "This is an area where the government is very vulnerable, considering that two circuit courts have already disagreed with the government's reading of the statute on that point."

REPORT: How Surveillance and 5G Are Being Fast-Tracked Under the Pretext of Fighting Coronavirus