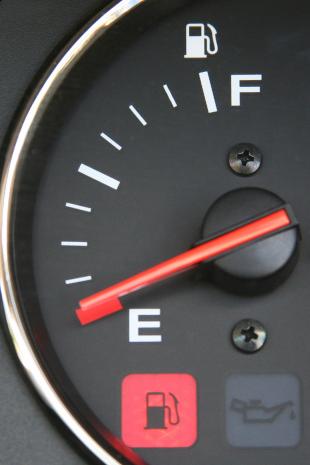 The US military has warned that surplus oil production capacity could disappear within two years and there could be serious shortages by 2015 with a significant economic and political impact.

The energy crisis outlined in a Joint Operating Environment report from the US Joint Forces Command, comes as the price of petrol in Britain reaches record levels and the cost of crude is predicted to soon top $100 a barrel.

"By 2012, surplus oil production capacity could entirely disappear, and as early as 2015, the shortfall in output could reach nearly 10 million barrels per day," says the report, which has a foreword by a senior commander, General James N Mattis.

It adds: "While it is difficult to predict precisely what economic, political, and strategic effects such a shortfall might produce, it surely would reduce the prospects for growth in both the developing and developed worlds. Such an economic slowdown would exacerbate other unresolved tensions, push fragile and failing states further down the path toward collapse, and perhaps have serious economic impact on both China and India."

The US military says its views cannot be taken as US government policy but admits they are meant to provide the Joint Forces with "an intellectual foundation upon which we will construct the concept to guide out future force developments."

The warning is the latest in a series from around the world that has turned peak oil – the moment when demand exceeds supply – from a distant threat to a more immediate risk.

The Wicks Review on UK energy policy published last summer effectively dismissed fears but Lord Hunt, the British energy minister, met concerned industrialists two weeks ago in a sign that it is rapidly changing its mind on the seriousness of the issue.

The Paris-based International Energy Agency remains confident that there is no short-term risk of oil shortages but privately some senior officials have admitted there is considerable disagreement internally about this upbeat stance.

Future fuel supplies are of acute importance to the US army because it is believed to be the biggest single user of petrol in the world. BP chief executive, Tony Hayward, said recently that there was little chance of crude from the carbon-heavy Canadian tar sands being banned in America because the US military like to have local supplies rather than rely on the politically unstable Middle East.

But there are signs that the US Department of Energy might also be changing its stance on peak oil. In a recent interview with French newspaper, Le Monde, Glen Sweetnam, main oil adviser to the Obama administration, admitted that "a chance exists that we may experience a decline" of world liquid fuels production between 2011 and 2015 if the investment was not forthcoming.

Lionel Badal, a post-graduate student at Kings College, London, who has been researching peak oil theories, said the review by the American military moves the debate on.

"It's surprising to see that the US Army, unlike the US Department of Energy, publicly warns of major oil shortages in the near-term. Now it could be interesting to know on which study the information is based on," he said.

"The Energy Information Administration (of the department of energy) has been saying for years that Peak Oil was "decades away". In light of the report from the US Joint Forces Command, is the EIA still confident of its previous highly optimistic conclusions?"

The Joint Operating Environment report paints a bleak picture of what can happen on occasions when there is serious economic upheaval. "One should not forget that the Great Depression spawned a number of totalitarian regimes that sought economic prosperity for their nations by ruthless conquest," it points out.

Are Diamonds The Future Of Energy Storage?

Review: The Grizzl-E, A Tough 40-Amp EV Home Charger Built For The Outdoors

Hemp Batteries Are Even More Powerful Than Lithium and Graphene, New Study Shows