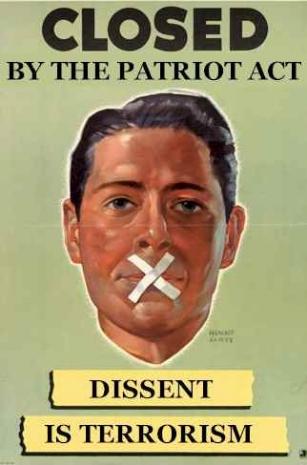 An anti-concept is an unnecessary and rationally unusable term designed to replace and obliterate some legitimate concept. The use of anti-concepts gives the listeners a sense of approximate understanding. But in the realm of cognition, nothing is as bad as the approximate . . . .

One of today’s fashionable anti-concepts is “polarization.” Its meaning is not very clear, except that it is something bad—undesirable, socially destructive, evil—something that would split the country into irreconcilable camps and conflicts. It is used mainly in political issues and serves as a kind of “argument from intimidation”: it replaces a discussion of the merits (the truth or falsehood) of a given idea by the menacing accusation that such an idea would “polarize” the country—which is supposed to make one’s opponents retreat, protesting that they didn’t mean it. Mean—what? . . .

It is doubtful—even in the midst of today’s intellectual decadence—that one could get away with declaring explicitly: “Let us abolish all debate on fundamental principles!” (though some men have tried it). If, however, one declares; “Don’t let us polarize,” and suggests a vague image of warring camps ready to fight (with no mention of the fight’s object), one has a chance to silence the mentally weary. The use of “polarization” as a pejorative term means: the suppression of fundamental principles. Such is the pattern of the function of anti-concepts.

“Credibility and Polarization,” The Ayn Rand Letter ARL, I, 1, 1.

Observe the technique involved . . . . It consists of creating an artificial, unnecessary, and (rationally) unusable term, designed to replace and obliterate some legitimate concepts—a term which sounds like a concept, but stands for a “package-deal” of disparate, incongruous, contradictory elements taken out of any logical conceptual order or context, a “package-deal” whose (approximately) defining characteristic is always a non-essential. This last is the essence of the trick.

Let me remind you that the purpose of a definition is to distinguish the things subsumed under a single concept from all other things in existence; and, therefore, their defining characteristic must always be that essential characteristic which distinguishes them from everything else.

So long as men use language, that is the way they will use it. There is no other way to communicate. And if a man accepts a term with a definition by non-essentials, his mind will substitute for it the essential characteristic of the objects he is trying to designate . . . . Thus the real meaning of the term will automatically replace the alleged meaning.

“‘Extremism,’ or The Art of Smearing,”
Capitalism: The Unknown Ideal, 176.

Some other terms that Ayn Rand identified as anti-concepts are “consumerism,” “duty,” “ethnicity,” “extremism,” “isolationism,” “McCarthyism,” “meritocracy,” and “simplistic.”

Well would ya look at this? Stephen Richer of all people helping to protect us all...