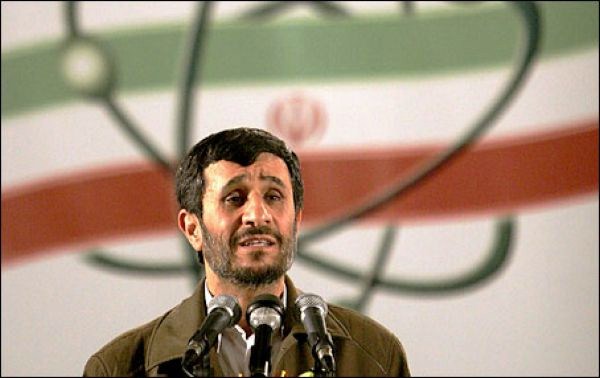 TEHRAN : Syria, Lebanon and Iraq backed Iran's atomic programme on Saturday, which they said has "peaceful" aims, and insisted that Israel be stripped off its nuclear arsenal.

The foreign ministers of these three countries also stressed that Israel, the Middle East's sole but undeclared holder of a nuclear arsenal, must join the Non-Proliferation Treaty (NPT).

"We back Iran for pursuing peaceful nuclear technology," said Syria's Walid Muallem in a speech at the opening of a two-day nuclear disarmament conference hosted by Tehran, according to ISNA news agency.

His Lebanese counterpart, Ali al-Shami, said Iran was seeking "nuclear energy for peaceful aims and it was not deviating from the treaty," the official IRNA news agency reported.

And Hoshyar Zebari, foreign minister of former foe Iraq, said: "We reject any threat against Iran and insist on Iran's rights to use peaceful nuclear energy."

The three leaders, however, strongly urged for Israel to join the NPT.

"The major threat in the region is Israel which has nuclear warheads. Israel must join this treaty and take quick steps to destroy its nuclear weapons which number over 200 warheads," Muallem said.

Shami said Israel needed to be "stripped" off its nuclear arsenal.

"There is more need to strip Israel of its nuclear arsenal, as the international community is aware of its nuclear weapons capability and that this regime has defiantly declared it will use these weapons whenever it wants," he said.

"Since the atomic weapons of the Zionist regime are not inspected, there is a danger of these weapons being used in future. This regime must join the NPT without any conditions."

Israel has not ruled out a military strike against Iran's nuclear facilities to stop its atomic programme which the West suspects is aimed at making weapons.

Iran Hit With New US Sanctions After Massive Cyberattack On Albania

Iran sentences two women to death for 'corruption on earth'

Are Iran And Russia Moving To Create A Global Natural Gas Cartel?