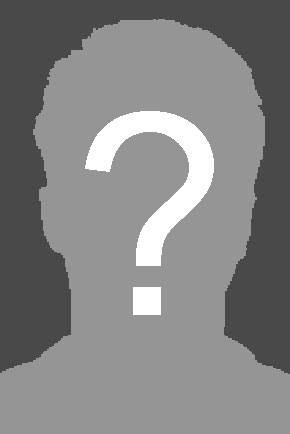 U.S. and Iraqi officials have today announced that two “Al-Qaeda in Iraq” leaders have been killed in an air strike carried out by American troops. A major flaw in the story that seems to have been overlooked, is that both of the men have already been reported captured and killed on several occasions, with U.S. officials also having previously declared one of them a “fictional character” that was invented by the other!

The deaths of Abu Ayyub al-Masri, the leader of al-Qaeda in Iraq, and Abu Omar al-Baghdadi, the head of an umbrella group that includes al-Qaeda in Iraq, should disrupt insurgent attacks inside the country, officials said. Their slayings could also provide Prime Minister Nouri al-Maliki (pictured above) with a decisive political boost at a critical time.

“The death of these terrorists is potentially the most significant blow to al-Qaeda in Iraq since the beginning of the insurgency,” Gen. Ray Odierno, the top commander of U.S. troops in Iraq said in a statement. “There is still work to do but this is a significant step forward in ridding Iraq [of] terrorists.”

The two insurgent leaders were said to have been killed on Saturday in a night raid involving Iraqi and American forces.

United States military officials confirmed that Iraqi security forces had killed the two men. “The death of these two terrorists is a potentially devastating blow to Al Qaeda in Iraq,” the American command said in a statement.

He (the Iraqi prime minister) said the house was destroyed, and the two bodies were found in a hole in the ground where they had apparently been hiding.

Bizarrely, the Reuters piece quotes the Iraqi prime minister pinpointing the location of the raid as “a house in Thar-Thar, a rural area 50 miles west of Baghdad that is regarded as a hotbed of Qaeda activity”, however, the Washington Post report quotes U.S. officials saying the raid occurred “a few miles southwest of Tikrit”. If you look at a map of Iraq, those two descriptions do not entirely add up, unless you consider “a few miles” to be over 100. Certainly a more specific location could have been given.

However, that is perhaps the least of the problems surrounding this story.

Anyone who reads the news should be feeling a profound sense of déjà vu, because almost a year ago to the day, al-Baghdadi was reported captured by Iraqi security forces. His arrest was confirmed by Prime Minister Nouri al-Maliki, the same man now purporting that Baghdadi has been killed in a raid.

Al-Baghdadi was the replacement al-CIA-da boogie man for Abu Musab al-Zarqawi, who was also previously reported captured and killed on several occasions, after al-Zarqawi was laid to rest for good by the PR arm of the Pentagon in 2006.

The announcement of al-Baghdadi’s capture year ago, jarred with multiple previous reports over a two years period, detailing his arrest, his death and even questioning his existence altogether.

In March 2007, the Interior Ministry of Iraq claimed that al-Baghdadi had been captured in Baghdad. This was reported by AP and picked up by the likes of CNN, whose report stated that another insurgent had positively confirmed al-Baghdadi’s identity.

The U.S. military denied that al-Baghdadi was in their custody, however, and one day later Iraqi officials retracted their statements regarding his arrest.

Indeed this back and forth announcement of capture and later retraction occurred three times in the space of one week.

Then one month later, on May 3, 2007, the Iraqi Interior Ministry announced that al-Baghdadi had been killed by American and Iraqi forces north of Baghdad.

However, in July 2007, the U.S. military declared that al-Baghdadi had never actually existed and was, for all intents and purposes, a myth.

A reportedly high ranking “Al Qaeda in Iraq” detainee identified as Khaled al-Mashhadani, then claimed that al-Baghdadi was a fictional character created to give an Iraqi face to a foreign-run terror group, and that the “Islamic State of Iraq” was a “virtual organisation in cyberspace” created by al-Qaeda in Iraq leader Abu Ayub al Masri.

The person claiming to be Baghdadi continued to release video and audiotapes attacking U.S. occupation of Iraq, but refused to show his face.

The U.S. military’s claim that Baghdadi is a fictitious character was then challenged in May 2008 after a police chief in Haditha said Baghdadi’s real identity is Hamed Dawood Mohammed Khalil al Zawi. “He was an officer in the security services and was dismissed from the army because of his extremism,” the police chief told al Arabiya television.

A year later, in April 2009, following his latest capture, the Iraqi government displayed a picture of Baghdadi for the first time, adding that they were attempting to glean information from him.

The Al Qaeda-linked group the Islamic State of Iraq denied the government reports that al-Baghdadi had been captured, and according to the SITE Institute, released a “genuine” recording of Baghdadi announcing that he was still at large.

But Iraqi officials then released a video of Baghdadi’s interrogation, in which he claimed responsibility for the bombing of a Shia shrine in Samarra in February 2006, and also described how his terrorist group was funded.

However, tapes and messages continued to be released throughout 2009 in the name of Baghdadi, claiming that he had not been captured and spurring on militants in Iraq. Up to the present day in 2010, such messages continued to be reported on by mainstream sources, such as the Associated Press, without any explanation as to how a captured terrorist could be releasing the material.

The story becomes even more intriguing given that the second man reported to have been killed and found in a ditch last Saturday was Abu Ayub al Masri – the “creator” of the fictional character of al-Baghdadi.

Al Masri himself was also reported to have been killed in May 2007. He then rose from the dead to be captured in May 2008 in a joint US-Iraqi operation.

Prime Minister al-Maliki’s presumed amnesia over the fact that he already annouced Baghdadi captured less than twelve months ago becomes more suspect when you take into account that he is trying to negotiate support for his State of Law coalition following parliamentary elections in which it emerged only as the second largest bloc.

Presumably the ridiculous loose ends of this soap opera will now be tied off and memory holed – although we cannot put it past al Masri and his imaginary friend to rise from the grave one more time a year down the line, particularly given that the Baghdadi character keeps being resurrected and acknowledged by the Iraqi government, the U.S. military and the mainstream media.

This saga is another example of how a manufactured smoke and mirrors propaganda veils reality. The “war on terror” mantra continues to be propagated as justification to wage permanent occupation and control over the middle east by the global elite.

Already Joe Biden is parading around, announcing the news as a “devastating blow” delivered to Al Qaeda.

Al Qaeda in Iraq, al Zarqawi, al Baghdadi and the legions of other al qaeda operatives who have been reportedly captured and killed over and over are used as interchangeable PR tools.

Are or were any of them ever real? Possibly. Was there more than one Baghdadi? Maybe. However those facts matter little now.

Once again 99% of the corporate media will no doubt enthusiastically champion the latest killings as a key victory in the continuing war on terror, and the majority of Americans who even notice will not take a second glance at the ludicrous back story.

Dammit!  I hate it when we have to kill the imaginary head of a terrorist group three or four times!  Who does this guy think he is?  Freddy Krueger??