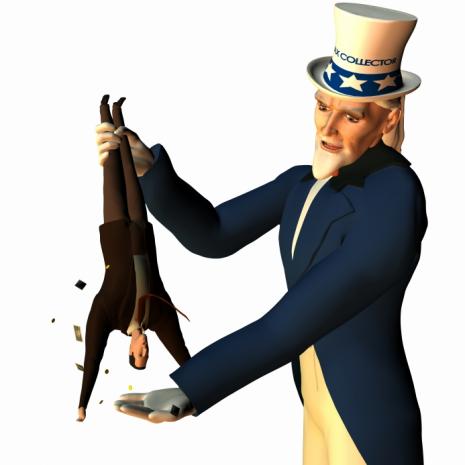 Amazon.com filed a lawsuit on Monday to fend off a sweeping demand from North Carolina's tax collectors: detailed records including names and addresses of customers and information about exactly what they purchased.

The lawsuit says the demand violates the privacy and First Amendment rights of Amazon's customers. North Carolina's Department of Revenue had ordered the online retailer to provide full details on nearly 50 million purchases made by state residents between 2003 and 2010.

Amazon is asking a federal judge in Seattle to rule that the demand is illegal, and left open the possibility of requesting a preliminary injunction against North Carolina's tax collectors.

"The best-case scenario for customers would be where the North Carolina Department of Revenue withdraws their demand because they recognize that it violates the privacy rights of North Carolina residents," Amazon spokesperson Mary Osako told CNET.

Because Amazon has no offices or warehouses in North Carolina, it's not required to collect the customary 5.75 percent sales tax on shipments, although tax collectors have reminded residents that what's known as a use tax applies on anything "purchased or received" through the mail. The dispute arose out of what had otherwise been a routine sales and use tax audit of Amazon by North Carolina's tax agency.

A spokeswoman for the North Carolina Department of Revenue said she would have to review the lawsuit before answering why the tax agency needed Amazon customer information. "Any comment at this time would be premature," Beth Stevenson said in an e-mail message.

Amazon did provide the state tax collectors with anonymized information about which items were shipped to which zip codes. But North Carolina threatened to sue if the retailer did not also divulge the names and addresses linked to each order--in other words, personally identifiable information that could be used to collect additional use taxes that might be owed by state residents.

"Despite assurances from tax collectors that the era of Big Brother isn't here, they seem to be doing a lot to rewrite the book for modern times," Pete Sepp, the executive vice president for the National Taxpayers Union, told CNET. "Unless Amazon succeeds, extraordinary demands like these could become the norm."

The 14-page complaint says that North Carolina tax collectors visited Amazon in Seattle last month in an effort to "obtain information from Amazon regarding Amazon's sales to North Carolina residents." They hand-delivered a letter that amounted to an ultimatum: provide customer names by April 19 or face the consequences.

"Amazon must either comply with the (tax collectors') information request and violate the privacy and First Amendment rights of Amazon and its North Carolina customers, or refuse to comply with a request from a state agency that has stated its intention to issue an administrative summons," the complaint says. It adds that there is "no discernible need" for tax collectors "to know the identities and other personal information linking specific customers with any purchase, much less purchases of books, movies, music and other expressive works."

Chris Finan, president of the American Booksellers Foundation for Free Expression in New York City, says there was a flurry of subpoenas after special prosecutor Kenneth Starr tried to obtain Monica Lewinsky's book purchase records in 1998.

"When booksellers indicated they were ready to go to court to protect reader privacy, this new investigative tool lost some of its popularity," Finan said. "However, government officials will always try to get whatever information they can, and booksellers must continue to demand that they respect the First Amendment and customer privacy."

In a 2002 decision, the Colorado Supreme Court ruled that the First Amendment protects "an individual's fundamental right to purchase books anonymously, free from governmental interference." The justices tossed out a subpoena from police to the Tattered Cover Bookstore asking for information about what books a certain customer had purchased.

And in a 2007 case, federal prosecutors tried unsuccessfully to force Amazon to identify thousands of innocent customers who bought books online, but abandoned the idea after a judge rebuked them. Judge Stephen Crocker in Wisconsin ruled that "the subpoena is troubling because it permits the government to peek into the reading habits of specific individuals without their prior knowledge or permission."

In addition, a federal law called the Video Privacy Protection Act makes it illegal for anyone selling movies to disclose customer information to anyone, including state tax collectors. The 1988 law specifically covers "prerecorded video cassette tapes," and also sweeps in "similar audio visual material" such as DVDs and Blu-ray discs.

North Carolina's aggressive push for customer records comes as other states are experimenting with new ways to collect taxes from online retailers. California may require retailers to report the total dollar value of purchases made by each state resident, as CNET reported last month, and Colorado already has enacted such a law. A decision is expected at any time in a related case that Amazon filed against New York state.

Last year, Amazon discontinued its affiliate program in North Carolina, which provides referrers with a small slice of the transaction, after the state legislature enacted a new law that would have used that program to force the company to collect sales taxes.

A North Carolina legislator said at the time that the state would be able to force online retailers to collect even retroactive taxes; tax officials have reportedly sent letters to online retailers in the last few months saying they're required to pay retroactive sales taxes. Stevenson, the spokeswoman for the state tax agency, said that her office would provide a more detailed response by Friday.