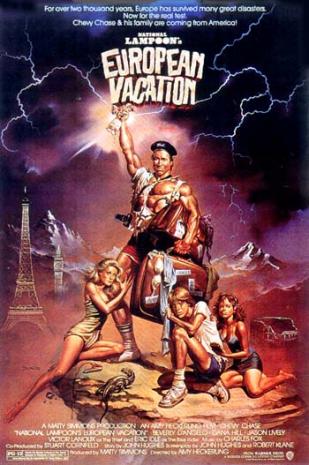 AN overseas holiday used to be thought of as a reward for a year’s hard work. Now Brussels has declared that tourism is a human right and pensioners, youths and those too poor to afford it should have their travel subsidised by the taxpayer.

Under the scheme, British pensioners could be given cut-price trips to Spain, while Greek teenagers could be taken around disused mills in Manchester to experience the cultural diversity of Europe.

The idea for the subsidised tours is the brainchild of Antonio Tajani, the European Union commissioner for enterprise and industry, who was appointed by Silvio Berlusconi, the Italian prime minister.

The scheme, which could cost hundreds of millions of pounds a year, is intended to promote a sense of pride in European culture, bridge the north-south divide in the continent and prop up resorts in their off-season.

Tajani, who unveiled his plan last week at a ministerial conference in Madrid, believes the days when holidays were a luxury have gone. “Travelling for tourism today is a right. The way we spend our holidays is a formidable indicator of our quality of life,” he said.

Tajani, who used to be transport commissioner, said he had been able to “affirm the rights of passengers” in his previous office and the next step was to ensure people’s “right to be tourists”.

The European Union has experience of subsidised holidays. In February the European parliament paid contributions of up to 52% towards an eight-day skiing trip in the Italian Alps for 80 children of Eurocrats.

Tajani’s programme will be piloted until 2013 and then put into full operation. It will be open to pensioners and anyone over 65, young people between 18 and 25, families facing “difficult social, financial or personal” circumstances and disabled people. The disabled and the elderly can be accompanied by one person.

In the initial phase, northern Europeans will be encouraged to visit southern Europe and vice versa. Details of how participants are chosen have not yet been finalised, but it is expected the EU will subsidise about 30% of the cost.

Officials have envisaged sending south Europeans to Manchester and Liverpool on a tour of “archeological and industrial sites” such as closed factories and power plants.

The idea is based on a project in Spain in which holidays in the winter off-season are subsidised by the government for European residents aged 55 and over. Spain calculated that for every €1 it spent in subsidies, €1.6 was gained for its resorts.

Notices of Liability for COVID-19 Vaccine Harms and Deaths Served on All Members of ...