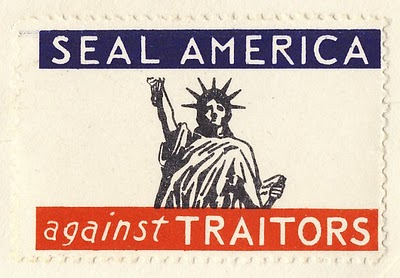 AlterNet reporter Adele Stan attended a press conference this past weekend for the Second Amendment March, at which Rhodes groused about mistreatment by Maddow and Justine Sharrock, who wrote our cover story on the group—although he didn't complain, apparently, about being dismissed by Fox News' Bill O'Reilly.
Rhodes feels as though his group has been mischaracterized by the liberal (and mainstream) media. He's particularly rankled by people lumping his organization in with racists and militia groups—never mind that Rhodes has been a vocal supporter both of the militia movement and of individuals who advocate using force to fight government oppression. His group is walking a thin line, however, and its rhetoric clearly resonates with the locked-and-loaded crowd, among others.
Last week, in fact, when Oath Keepers backed out of an alternative (armed) Second Amendment rally, it wasn't because Rhodes didn't sympathize with its organizers. Here's what Rhodes said at the press conference, according to Stan:

Fair enough, but Rhodes also showcased some of the anti-government paranoia that Oath Keepers routinely disseminates by declaring, for instance, that the government will almost inevitably, at some point in the future, herd citizens into detention camps—or take away their guns:

"And the latest thing that they're going to do, I hear from an informant within federal law enforcement," [Rhodes] said, "is a CoInTelPro-style operation to make us look like militia—like the Hutaree, is what we're told—and that should really come as no surprise: That's exactly what the Southern Poverty Law Center's been trying to do, and people like Rachel Maddow and Chris Matthews, and on down the line. This has been a relentless program."

Perhaps the best part of Stan's report was the quasi-interview that took place when she approached Rhodes after the press conference. Although it was hard to say who was interviewing whom:

He put me off until his cameraman was free. He records everything now, he said, especially since the Mother Jones piece. "I call it the Justine Sharrock rule," he said.

Rhodes did finally get to his point, though, before cutting the interview short and implying that Stan was a shoddy journalist—or something like that.