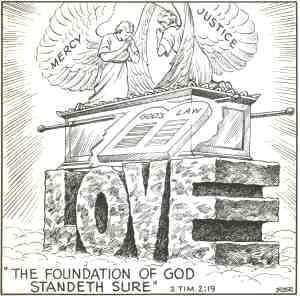 Washington
A sharply divided US Supreme Court heard oral arguments on Monday in a case examining whether a California law school can refuse to officially recognize a Christian student group that requires its members to embrace biblical passages denouncing homosexuality.
Officials at the University of California’s Hastings College of Law in San Francisco said the group’s stance violates the school’s antidiscrimination policy – including bans on discrimination based on religious belief or sexual orientation.
As a result, the Christian Legal Society (CLS) was denied status as a recognized student group at the college and stripped of the ability to receive activity funds, use school e-mail and bulletin boards, and meet in school facilities.
During the hour-long argument on Monday, a lawyer for the CLS said the school’s policy is itself discriminatory against students who wish to organize based on a shared system of beliefs.
“The policy is, I think, blatantly unconstitutional,” said Michael McConnell, a Stanford law professor, who is representing the CLS. “It is also a frontal assault on freedom of association.”
Hastings’ lawyer, former Solicitor General Gregory Garre, countered that the school’s policy requires every student organization to allow any student to become a voting member and potential leader. Even students who disagree with the fundamental goals and beliefs of a group must be allowed to join, vote, and potentially serve as a leader of the group, he said.
Would Democrats be allowed to lead the Republican Club?
It is a prospect that Justice Antonin Scalia found “weird.” He said that under the policy, the Republican Club would be required to admit Democrats not only as members but as potential leaders regardless of their political beliefs.
“To require this Christian society to allow atheists not just to join, but to conduct Bible classes, right?” he asked. “That’s crazy."
Justice Anthony Kennedy, who may wield the deciding vote in the case, suggested that the school’s policy is unnecessary. “Doesn’t this all just work out?” he asked.
Justice Kennedy said that Democrats wouldn’t want to attend Republican Club meetings and serve as officers. “What interest does the school have in this policing mechanism it is imposing?” he asked.
Mr. Garre responded that if the law school allowed religious groups to exclude some people, then the school would be in a position to have to draw lines permitting exclusions in some cases but not in others.
As a result, the school decided to enforce its written antidiscrimination policy as an “all-comers policy.”