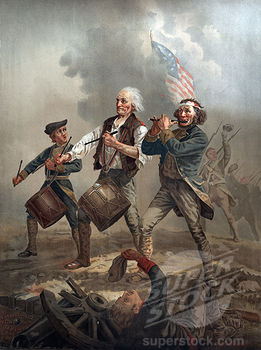 CNN interviews Catherine Bleish of Liberty Restoration Project, Stewart Rhodes of Oath Keepers and Bob Schultz of We The People.

4 Comments in Response to CNN Report on Patriot Movement - Liberty Restoration Project, Oath Keepers and We The People

I was expecting a blood bath, but the patriots were all prepared. Cat refused to play into their traps and pulled out the old faithful "everyone should question things" schtick. It worked.

And then the goofball at the end... what can I say? Daily Beast. While I haven't heard the TEA party people say those outside of the movement aren't patriotic, we certainly got that from the Neocons during W's reign.

Good God Oyate, you slay me! Don't go away though, we need you old codgers to add some perspective, depth of knowledge, and variety to this "movement". As for that guy at the end of the video, puh-leeeease! Nobody is saying that anyone who isn't attending Tea Parties is any less patriotic. Stop trying to slip in the divide and conquer tactics... IT AIN'T WORKING ANY LONGER. Peace.

OMFG is that our little Cathy Pants?

OMG guys, Ed, can we pick a winner or what?

Young people you make my eyes shine. 4409, all you guys, you are doing things we could not have imagined. We are all so very proud of you. Seriously kids, just a few years ago this would have been unthinkable. I can't hardly believe my ears and eyes.

Cathy Pants on CNN. OK I think I better stop calling you kids now. You are all grown up now obviously.

OK, I'm gonna do a pre-comment on this one. Haven't watched it yet, I've been going through bouts of nausea all day as it is. I'm dreading my daily dose of stupidity. And in fact, I realize for a while there I'd just lost hope. Forgot what it felt like. Sick and sick of life.

But sonnabitch, good things are happening. So good that an old pessimist like me can't even deny it. So good that I don't think I got eyes to behold it because my eyeballs pick up negativity. I need a whole new set of eyes. And tell me, tell me if this is what you see happening:

All the sudden people are talking about what it means to be a libertarian. Serious, correct me if I am wrong but as recently as 3 years ago people were like "liberwhat?"

And you might say "why Oyate, this is just a spiritual awakening and it will take time to translate into freedom on the ground" and what just happened? Arizona just became the 3rd Constitutional Carry state.

And now people are yelling about marijuana in California or something and people, some of us have been in this game for a LONG time and I can't think of any time when we've had such resounding impact.

Kind of like that first Ron Paul video in Ohio I think (Fred Smart turned me onto the vid and Fred was the one that came up with that chant "Who you gonna call? Ron Paul" thing but when the people started singing, tears just started pouring down my face because I FORGOT WHAT HOPE SOUNDED LIKE. And I did brothers and sisters. I forgot for a while there. I was just being a dumb warrior. I forgot what I was fighting for. I was just fighting.

And another thing, I kind of assumed I'd be more important to this movement than I turned out to be. I have a lifetiem of direct-action experience. I'm an organizer and a Marshal. Well, it turns out you young people intuitively understand everything and every time I think I get a bright idea, one of you young people are already doing it and doing it even better than I could have myself.

Sure I still get the odd speaking engagement or get to do some hands-on training but in fact I've just stopped listening. Anybody bounces an idea off me I'm just like "sure totally go for it".

I think I must share this sense of bemusement with some of the elders, Ed, Ernie  etc. to realize sometimes that the movement is moving just fine without us. Or maybe if the brothers disagree, then here's another one: I don't think any of us were prepared for the day when it would be cool to be a libertarian. Bring Rothbard back from the grave and we'll re-plant him in 5 minutes: hey Murray, it's cool to be a libertarian. Instant heart attack. Get Nolan in here and tell him after all these years he can finally have the chicks in bikinis because libertarians are finally cool. Bam, massive coronary failure, dead. And I seriously doubt that if you showed Von Mieses a girl in a bikini, I wonder if he would even be able to identify her as part of the human species.

Hey, I love you people but we are not exactly known for waving our arms in the air like we just don't care. In fact, until you New R3VOlUTOIN kids showed up, we were nothing if not mind-numbingly BORING.

You young people are so good at doing freedom that it's freed me up to totally go the other direction. Know who I'm talking to these days? The liberals. Trying to see if we can forge any common direction. Hey, I gotta do something different because I'm just not constructed to be mainstream so if being us is normal then I have to find another kind of strange. Whatever. Now I'm ready to watch the mind-numbingly boring CNN hit-piece. Whataver my opinion will be, you just got a mouthfull and you know what my opinion is going to be.