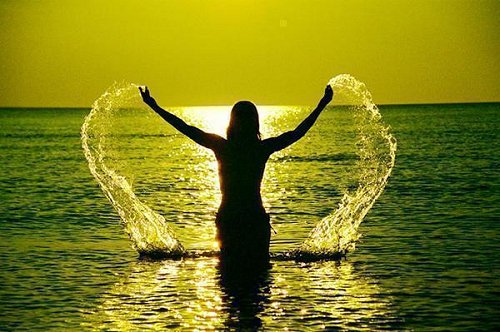 
This Libertas Award acceptance speech was delivered at the XXIII Forum da Liberdade, in Porto Alegre, Brazil, on April 12, 2010.

President [Leonardo] Fração, it is a pleasure to be here, at this XXIII Forum da Liberdade, whose theme is based on Ludwig von Mises’s Economic Policy book [known in Brazil as The Six Lessons].  Mises was one of the greatest intellectuals of the twentieth century, a resolute and uncompromising champion of freedom.   Fifty years ago, Mises came to South America and delivered those six historic lectures, which are heralded and quoted just outside, at the Forum’s exhibit.  Today, there is a great international revival of Misesian ideas – including in Brazil – which show the benefits that consumers and workers derive when they are free to venture, to chart their course, and to fulfill their desires.

This week, in Porto Alegre, there is a great concentration of intellectual heirs of Ludwig von Mises. We, from Instituto Mises Brasil, have just concluded our first Conference, which was a great success, and it could not have been otherwise! The energy emanating from you is contagious. We have here today many scholars and experts of the Austrian School of Economics.  Tom Woods, one of the speakers at our Conference and the bestseller author of Meltdown, will address you tomorrow. The legendary founder and Chairman of the Mises Institute – Lew Rockwell – is also among us tonight!  Without Lew, there would be no Mises Institute, no revival of the Austrian School, no Instituto Mises Brasil.  Thank you, Lew.  And above all, thanks to you, President Fração, to IEE [The Institute for Entrepreneurial Studies], for your support to our Conference and especially for your achievements in the fight for liberty. Results come first in this contest; the results of the work of IEE and of the Forum da Liberdade are both evident and quantifiable. Congratulations, IEE!

On other occasions, I customarily speak about finance and economics, about the measures that are likely to bring about a more prosperous society; in other words, as did Mises, I usually speak about what works and what does not.

Today, for the first time, I am addressing a different subject. I speak about what moves me. I speak about where my energy, as an individual, originates. Its source is here, in this advanced and progressive libertarian community, which looks forward to real changes; not merely illusory changes from campaign slogans.  I feel at home. It is a great honor to receive the Libertas Award.

The history of ethics has been a history of exploitation. From time immemorial, individuals were set apart into two groups: those that must obey the rules, and those that need not. The people must observe ethics and morals, while rulers not.

The ethics that you and I must observe correctly advocates that one should not steal the property of others, should not murder, and should not force others to do something against their will.

But note that those ethical rules do not apply to government – the government takes your money, calls it "democratic taxes," and presto! – it is now authorized to steal.

If one enslaves another, this is considered a heinous crime. After all, slavery is the antithesis of individuality!  However, in the case of government, they will draft you to "serve your nation" for a year, call this conscription "military service," and serfdom becomes perfectly legal.

If one kills a neighbor, this is murder. However, if he is an agent of the government – particularly that of the United States – using an olive-green uniform, and invoking a "preventive" war or similar excuse, suddenly it becomes permissible to murder; legally.

Three hundred years ago, a substantial part of the population in the Americas was comprised of slaves. One hundred percent of the fruits of their labor were the property of their owners. Today, we are no longer slaves. However, about 40 to 50% of the product of your efforts and talent are not your property, but your masters’: that is, the government and its friends. This is what you pay, whether you like it or not, embedded in the prices of the products, or through other taxes, duties, or tariffs. We are no longer slaves, but we are serfs.

Previously, the slave owner would threaten to punish with a whip a slave who refused to work. Now, if you refuse to pay the government, you are summoned and attacked with lawsuits, until you are finally thrown into jail. In both cases, the violence is of the same nature. The gun doesn’t even need to be displayed, as in the case of the customary robber. The mere threat of violence suffices. But the gun is always present, in the robber’s pocket and in the ruler’s jacket.

We must analyze the most misrepresented concept nowadays: the concept of democracy.

The conventional use of the term "democracy" conveys a certain disrespect for semantics. Most of us utilize the word democracy when we actually mean other concepts, such as the "rule of law," "liberty," "equality before the law," "individual rights," "solid institutions," "justice," and other concepts that have specific words to designate them. Democracy is, formally, the regime of majority rule, that is, the majority of voters decides whatever it sees fit. Or, as is commonly said, it is the tyranny of the majority – which in practice means the tyranny of the minority: that of the politicians who rule over our lives and property.

The adulteration of meanings has practical consequences. When we say that Brazil is a "democracy," we assume that we are "rulers of ourselves" – while, in fact, there are still rulers on the one hand, and citizen-subjects on the other. The concept of democracy is employed to obfuscate and confound, with the purpose of having us believe that there is equality among all.

Yet, dumbfounded or not by the smoke and mirrors, why do we suffer so much at the hands of those ruler-governors, if we are many and they are few? Why do we become enchanted with the belief that our ruler-governors are just and benevolent, when we experience evidence otherwise every day, everywhere? Why do we allow so many abuses of liberty and property, if the power the rulers possess is only that which we bestow onto them? Why do we let them treat us like beasts?

The recapture of our rights does not require that we take up arms, demonstrate, or even vote – we are, after all, a much larger legion than our ruler-governors. In a face-to-face combat of the many against the few, where the many fight for the grand prize of liberty, while the few fight for the chance to subjugate the many, it is likely that no shots need be fired before the many are declared the winners. We, therefore, reach the paradoxical conclusion that we don’t reclaim our rights because we do not want to; because we support, explicitly or tacitly, the tyranny inflicted by the ruler-governors.

The famous movie The Matrix illustrates the point. In a somber future, human beings are enslaved by machines, kept in captivity in a deep hypnotic sleep to supply energy to the machines, but are led to believe that they live normal lives. The illusion is virtually perfect – humans genuinely believe they are walking freely in the streets, or eating a juicy steak. But that is merely a virtual reality – called "the Matrix" – which the machines generate by pumping electrical stimuli into humans’ brains. The machines, originally created to serve humans, have turned against and enslaved them.

In the movie, some individuals – those that take the red pill – succeed in seeing reality as it is: that the Matrix is in fact a prison – the concoction of a well-devised delusion – and that their bodies are in captivity without their knowledge. But even those that take the red pill cannot escape the virtual reality’s elaborate chains. Some refuse to reflect upon what is really happening; others know they live a delusion, but rationalize their status – they conjecture that it is tough to change it, that it was always like this, and end up opting to live under the comfort of their bondage.

But, as I said before, nothing needs to be taken from the tyrants – one needs only to cease giving them what is his own! In the movie, this would take place if he desires to wake up from the hypnotic sleep, and proceed to sever the wires that fill his brains with the Matrix, stand up on his feet and walk, free.

Outside Hollywood, it is simpler to end the bondage. You must become aware that no one may rule your life without your consent, no matter what the excuse or argument, smoke and mirrors notwithstanding. You must recognize that no one knows better than you what is best for yourself; that there is no political authority above you; that you don’t have any owners, and therefore, that you don’t need to pay tribute to obtain your liberty or tranquility. And when that realization comes, you will say to yourself: I am a sovereign individual!

In The Matrix, this insight comes in a scene, in virtual reality, where countless machine guns are fired against the hero, Neo. He looks at the guns and realizes that the explicit violence has no effectiveness without his own consent – the bullets dissolve into digital zeroes and ones. Neo grabs one floating bullet between his fingers, and the whole apparatus of the enemy tumbles, powerless.

Tyranny ends when we cease to support voluntarily our own serfdom.

Finally, I would like to point out that it is not necessary to change the world or to create a nation of sovereign individuals. What matters – and what one can do right now – is to live as a sovereign individual, staying close to those who respect you as such, and avoiding the manipulators and those who desire to live as parasites on your energy, talents, and virtues. Therefore, we may achieve freedom to a large extent during our lifetimes, independently of any eventual failure to end the serfdom perpetrated by the state. If you behave as a sovereign individual in your personal relationships, you will be contributing to your happiness and also to the transmission of the concept of individual sovereignty. That chain of good, I am certain, will abolish the chains of evil.

Helio Beltrão [send him mail] is the founder and president of Instituto Mises Brasil.