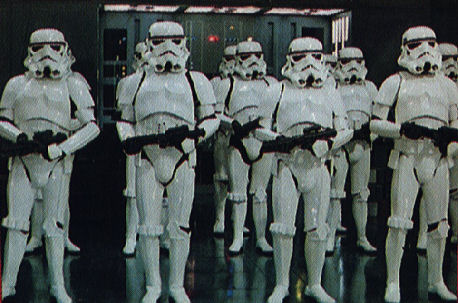 Science is the search for truth, whether we like it or not ~ David Bohm

When I discovered Austrian economics, in 1999, I gradually undertook a process of intellectual rebirth. I read many of the masterful books written by Hayek, Mises, and Rothbard. The more I read, the more I came to understand that the economics, history, and social studies classes I attended, from grade school through grad school, were laden with pro-statist junk. Years of indoctrination in public schools, which I attended, tend to shape a person into a non-thinking, state-worshiping, sponge who absorbs "news" and information from the mainstream media and mistakes it for knowledge. This being stated, could it be that science itself has been tainted by statism? Say it isn’t so as I immensely enjoyed taking science courses while attending school. Alas, the poisonous reach of the state leaves nothing unscathed.

Let’s face it; for the most part, teachers aren’t very bright. The vast majority are state propagandists who cannot imagine a world without an omnipotent state. In their little minds, all we have is due to the beneficence of the state. It is no wonder teachers preach the religion of statism, which permeates each and every subject they teach, including science.

From the classroom to the mainstream media, conventional wisdom dictates that the science is settled when it comes to DDT, AIDS, and anthropogenic global warming. We "know" DDT is a dangerous, carcinogenic pesticide; that AIDS is caused by a deadly virus named HIV; and that mankind’s carbon dioxide emissions are causing global warming. Why would anyone want to revisit these topics considering the exhaustive and damning media coverage given to these subjects?

To me, the answer is simple. For all of those years I spent in public school classrooms, I received what I now call "junk education" (from personal experience, I firmly believe such junk education is endemic to private schools as well). It was time for me to ask tough questions, to read dissenting views, and to expunge the pollution spewed into my brain by teachers, media talking heads, and others. Due to discovering Austrian economics, there was a specific catalyst which thrust me from gradualism into re-education overdrive.

In August of 2001, I attended Mises University. For me, it was a life-changing experience. Every class I attended was interesting due to the top-flight quality of the instructors teaching each course. The lecturers, at Mises University, sang the praises of capitalism and hit all of the right notes based upon the unshakable foundation of Austrian economics. I came away, from Mises University, with the understanding that general prosperity emerges through capitalism, not the state. To be sure, plenty of books were available for sale and I partook as an eager consumer; I wanted, after all, to supplement my wonderful experience with something tangible to take home.

Accordingly, on August 10, 2001, I purchased Dr. George Reisman’s magnificent book Capitalism (he autographed it for me); and I thumbed through it later that day. When I arrived at chapter three, titled "Natural Resources and the Environment," I was thunderstruck by Part B, of chapter three, subtitled "The Ecological Assault on Economic Progress." This is when I had the epiphany that my public school education had polluted my mind with enough rubbish to seriously impede my intellectual growth.

It hit me that my grade school education – of the late 1960s and early 1970s – was peppered with environmentalism, statism, and a distaste for economic progress. Woodsy Owl implored me to "give a hoot, don’t pollute," while Smokey Bear informed me that "only you can prevent forest fires." I recall, on numerous occasions, having folks dressed as either Woodsy or Smokey drop by our elementary school and essentially lecture us about our duty to protect Mother Earth; which, by implication, seemed to be the property of the state.

It is clear to me, in retrospect, the only "religions" allowed in my public school were that of environmentalism and statism – we performed the pledge of allegiance at the beginning of each and every school day. Yes, we were allowed to celebrate Christmas by putting on an annual Christmas show for our parents, but the posters of Smokey and Woodsy were posted year round. And, of course, each classroom housed an American flag to constantly remind us of the all-pervading state.

1 Comments in Response to Statism: The Opiate of the Frightened Masses

Religion and Statism are both opiates for the masses.