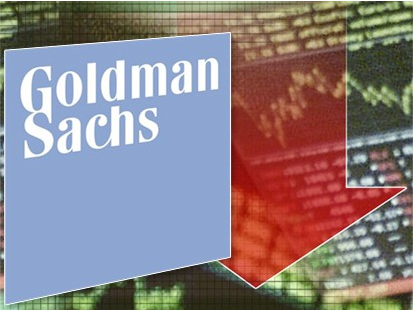 Here are some interesting videos and news clips regarding Goldman Sachs.

Merrill Lynch Accused of Same Fraud as Goldman Sachs; Tip of the Iceberg of Fraud Charges

That Merrill Lynch now stands accused should not surprise anyone. Nor will it be any surprise if Morgan Stanley and Citigroup are accused of similar dealings. Indeed, it may be interesting to see who is not accused.

Goldman's statement The SEC allegations are “unfounded in law and fact, and we will vigorously contest them” is an interesting theoretical debate.

Accusations that Goldman front runs trades, bets against clients, is unethical to the nth degree, and has no sense of fiduciary responsibility to its clients is quite easy to believe. Whether Goldman Sachs violated the law is another question.

Even if the Goldman settles with the SEC for peanuts, numerous cases will likely make it to court. This may drag out for years.

Clearly the SEC charges were timed to meet Obama's agenda.

Treasury Secretary Timothy F. Geithner said he thinks the U.S. will adopt financial-industry reforms that will take derivatives “out of the dark” and eliminate the need to “clean up the mess later.”

Reforms are needed so that regulators can “act ahead of the storm,” Geithner said. “Ahead of the abuse. Ahead of the crisis.”

The Obama administration has been seeking Republican support for legislation introduced by Senate Banking Committee Chairman Christopher Dodd, a Connecticut Democrat. Dodd’s bill sets up a mechanism for unwinding systemically important financial firms when they fail, creates a consumer protection bureau at the Federal Reserve and bolsters oversight of derivatives and hedge funds.

It is already way to late to prevent a massive derivatives blowup of some sort. The only question is when that blowup happens. It could be next month or years from now.


Now that the SEC has dropped a bomb on Goldman Sachs, the list of who wants an investigation and is about to file civil charges mounts by the hour. Prime Minister Brown is the latest in on the act. ....

Every one of these lawsuits rests on a single point regarding improper disclosure. The Wall Street Journal discuses the situation in SEC Faces Challenges With Goldman Case

"Hedge Funds are Extensions of the Dealers with which they Interact"

Institutional Risk Analysis has some interesting commentary about the SEC Litigation


In the case of Paulson, the information provided by the SEC makes it seem as though Paulson was the party which initiated these transactions and, according to the SEC, paid GS $15 million to arrange and market these CDOs to investors. Paulson was also apparently working as an advisor to GS and collaborating with GS regarding investment strategy. A spokesman for Paulson told The New York Times that all of their dealings with GS and other parties were on "an arm's length basis." We believe that reasonable people can differ on this issue. We also suspect that the nature and the extent of the relationship between GS and Paulson will be the subject of extensive legal and political inquiry in the weeks and months ahead.

But for us, the bottom line is that hedge funds often times are merely extensions of the dealers with which they interact. It is often difficult if not impossible to tell where the dealer's interests end and those of the hedge fund begin, especially when the dealer and the fund seem to be working in concert to create securities that are being sold to third parties.

Inquiring minds may also wish to read "How Lou Lucido Let AIG Lose $35 Billion With Goldman Sachs CDOs," which outlines the process whereby AIG was left on the hook for billions in losses on CDOs with Goldman Sachs in the center of it all.


... "To be fair, Goldman is not alone—all of this appears to be normal business procedure. In early spring 2010 a court-appointed investigator issued his report on the failure of Lehman. Lehman engaged in a variety of "actionable" practices (potentially prosecutable as crimes). Interestingly, it hid debt using practices similar to those employed by Goldman to hide Greek debt. The investigator also showed how the prices by Lehman on its assets were set—and subject to rather arbitrary procedures that could result in widely varying values. But most importantly, the top management as well as Lehman's accounting firm (Ernst&Young) signed off on what the investigator said was "materially misleading" accounting. That is a go-to-jail crime if proven.

The question is why would a top accounting firm as well as Lehman's CEO, Richard Fuld, risk prison in the post-Enron era? There are two answers. First, it is possible that fraud is so wide-spread that no accounting firm could retain top clients without agreeing to overlook it. Second, fraud may be so pervasive and enforcement and prosecution thought to be so lax that CEOs and accounting firms have no fear. I think that both answers are correct." ...

"Meanwhile, the Obama administration should immediately revoke Goldman's bank charter. Even if the firm is completely cleared of illegal activities, it is not a bank. There is no justification for provision of deposit insurance for a firm that specializes in betting against its clients. Its business model is at best based on deception, if not outright fraud. It serves no useful purpose; it does not do God's work. .... Actually, anyone who ever worked for a financial institution must be banned from Washington until we can reform and downsize and drive a stake through the heart of Wall Street's vampires."

I think Goldman Sachs is guilty of fraud. Others may disagree. Ultimately a court of law will decide. Regardless, Goldman Sachs does not do "God's work", it is not a bank but rather a hedge fund with no ethics, with business a model based on greed and deception (at best) just as the Wall Street Pit claims.

Thus, I hope most can agree with my rant of the day on Friday No Ethics, No Fiduciary Responsibility, No Separation of Duty; Complete Ethics Overhaul Needed .

This story has just begun. It will take years to play out.