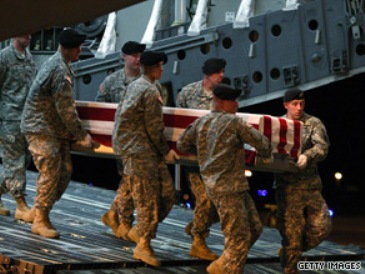 KABUL (Reuters) - Afghanistan's security forces will need four to five years before they are fully capable of taking over responsibility for the country's security, its Defense Ministry said on Sunday.

NATO foreign ministers agreed at a meeting in Tallinn, Estonia, last week on a plan to begin turning over responsibility for security in some provinces to Afghan troops over the course of the next year so that Western troops can begin to withdraw.

U.S. President Barack Obama says Washington will begin to withdraw its troops in mid-2011, although U.S. officials say the withdrawal will not be abrupt and its pace will be determined by the capability of Afghan forces.

"To finalize this process or to take overall security responsibility takes four to five years time," Afghan Defense Ministry spokesman Zaher Azimi said on Sunday in a statement, released in response to the Tallinn meeting.

Afghan forces now have responsibility for security only in the capital Kabul. NATO's chief civilian representative in Kabul, Mark Sedwill, said last week that the alliance hopes to have named other provinces by the time of a NATO summit in Lisbon in November.