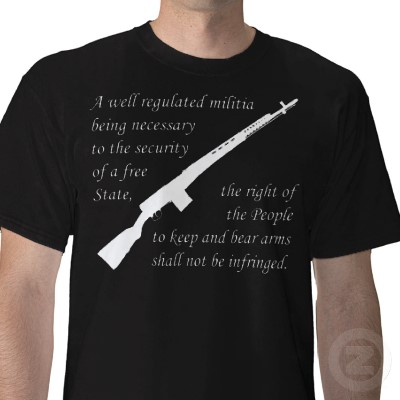 DETROIT (AP) - A federal judge challenged prosecutors Wednesday to show that nine members of a Michigan militia accused of plotting war against the government had done more than just talk and should remain locked up.

U.S. District Judge Victoria Roberts heard nearly 10 hours of testimony and arguments over two days. She did not make a decision about whether the nine will remain in custody, saying only that a ruling would come soon.

The members of a southern Michigan group called Hutaree have been in custody for a month. An indictment accuses them of weapons violations and a rare crime: conspiring to commit sedition, or rebellion, against the government by first killing police officers.

Prosecutors say the public would be at risk if the nine are released. But defense lawyers claim the government has overreached with a criminal case based mostly on hateful speech.

An undercover agent infiltrated the group and secretly made recordings that have been played in court. While there is talk about killing police, it's not specific. In one conversation, there are many people talking over each other and laughing.

Roberts pressed that point more than once as Assistant U.S. Attorney Ronald Waterstreet argued in favor of keeping the nine in jail. The judge suggested she didn't hear or read in the transcripts any indication that violence was imminent.

"Mere presence where a crime may be planned is not a crime. ... How does this add up to seditious conspiracy?" Roberts said.

Waterstreet said the government is not required to show all its evidence at this early stage of the case. He referred to the words of militia leader David Stone, 44, of Clayton, Mich., who was recorded by the undercover agent while they drove to Kentucky earlier this year.

"It's now time to strike and take our nation back so that we may be free again from tyranny. Time is up," Waterstreet said, quoting a transcript.

Later, putting the transcript aside, the prosecutor said: "The theme is the brotherhood is the enemy - all law enforcement."

Defense lawyers urged the judge to look at each defendant individually. Although all are charged with conspiracy, they were not always together during critical meetings cited by the government.

"'What if' is not the standard. ... None of these words are an instruction to anyone to commit a crime," said Stone's attorney, William Swor, as held up a stack of transcripts.

Arthur Weiss, a lawyer for Thomas Piatek, 46, of Whiting, Ind., said disgust with the government as recorded by the undercover agent is similar to what's said daily by radio and TV talk-show hosts Rush Limbaugh, Glenn Beck and Sean Hannity.

"Millions of people" are talking about "taking our country back," Weiss said.

The judge also heard from relatives of some of the defendants who pledged to be responsible for them if they were released from jail.

You mean yet another "militia" case is falling apart in court?!!!!  I guess their informant should have moved the dialog along quicker to make the show for the DOJ's next year's budget hearings.

Go play some place else.