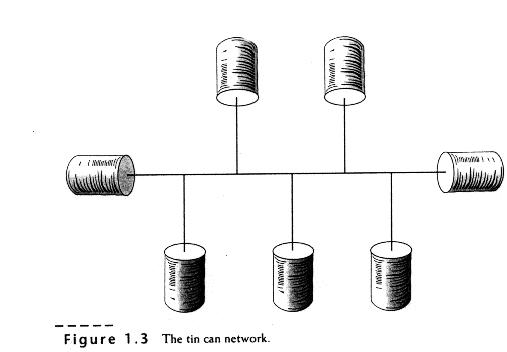 Cell-phone users within such a network can place calls to each other and--if the network is connected to the Internet--to people anywhere in the world.

The project's cofounder, David Burgess, hopes that OpenBTS will mean easier and cheaper access to cellular service in remote parts of the world, including hard-to-reach locations like oil rigs and poor areas without much infrastructure. OpenBTS has already been used for cellular service at the Burning Man festival in the Black Rock Desert of Nevada and on the island of Niue in the South Pacific, among other locations.

A relatively inexpensive piece of hardware, easily purchased online, can be tuned to provide various types of radio signals. Someone running an OpenBTS network would use it to send and receive radio transmissions between the base station and a user's cell phone.

A typical GSM base station, Burgess says, can't do anything without a suite of components that maintain databases, perform call-­switching functions, and so forth. This infrastructure is expensive (typically around $250,000) and complicated to configure, and it needs to be stored in an air-conditioned room. Obviously, that's impractical in the kinds of places ­OpenBTS is designed for. As a result, the system replaces much of the physical infrastructure of the core network with VoIP software--in this case, an open-source program called Asterisk that can be installed on any off-the-shelf PC.

Cell-phone users on an OpenBTS network can reach each other even if the system isn't connected to the Internet, but reaching someone outside the network requires an Internet connection. On Niue, the group used five-gigahertz IP radios to link the BTS unit to Telecom Niue's wired Internet infrastructure, four kilometers away. Burgess says that response time can get a bit sluggish if the Internet connection isn't very good, but it doesn't take much bandwidth to make the system functional.

The system deployed on Niue draws about 60 watts of power, supplied by three marine batteries of the type that many locals use on their boats. Because the system's power requirements are so low, Burgess says, a base station could also run on solar or wind power.

OpenBTS re-creates the technology behind GSM (the global system for mobile communications), which is used by the majority of mobile phones in the world. Any GSM phone will "see" an OpenBTS network as a standard cell network and interact with it normally.

Like any cell network, an OpenBTS system requires an antenna to facilitate signaling. Different types of antennas can be used, according to the range the operator wants the network to have.

2 Comments in Response to Build Your Own Cellular Network

Asterisk is so awesome! I used it to create an IVR at my last job so people could call in sick and it would automatically do a SQL query and input the absence into a database... we had a problem with attendance and this saved us about 80 hours of work for a 5 person team to do the work that really mattered.

But that has nothing to do with this story :)

Just great Donna now the illegals know haw to make calls to other illegals and tell them how to get through to america, and one last thing