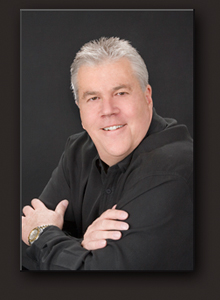 From Ancient Rome through modern-day America, money inflation has been the means by which the state extracts wealth without recourse to taxation. Such a monetary policy leads to gutting savings, punishing investment, and the launching of economic cycles, soaring prices and banking disasters. But perhaps the greatest cost is in human liberty itself. The intellectual tragedy here is that few make the connection between the quality of money and the rise of despotism.

The prospect of hyperinflation in our future is the great horror that awaits us on the current path. It will not only mean death to the dollar but the rise of a ghastly statism.

On 10 April 2010, at the Mises Circle in Phoenix, radio talkshow host and author of bestselling book, “ The Dollar Meltdown” Charles Goyette, presented his perspective in a talk entitled “The Inflationary Path to Despotism.”

Charles Goyette spent many years as a popular Phoenix radio personality, where he was dubbed “America’s Most Independent Talk Show Host.” With years of experience as a financial professional in the commodities, securities, currency and precious metals business, he has long been a participant in the national economic debate. In fact more than 25 years ago Charles arranged for a then little-known Texas Congressman to be the keynote speaker at a series of monetary conferences he hosted.

Goyette has often been called on to share his views with television audiences nationally on Fox News, CNN, MSNBC, PBS, and CNBC, including on the Glenn Beck Show and The O’Reilly Factor with Bill O’Reilly on Fox News; NOW with Bill Moyers on PBS; and on Lou Dobbs Tonight on CNN, where he repeatedly warned before the current turmoil of the “economic calamity the Republicans and Democrats” were creating.

He has written for a number of magazines including The American Conservative and Gannett magazines, and for CNBC.com and TheStreet.com.

Other speakers at the forum included Robert Murphy and Jeffrey Tucker. Through the generosity of James M. Rodney, attendees received a complimentary copy of Henry Hazlitt’s The Inflation Crisis and How to Resolve It.