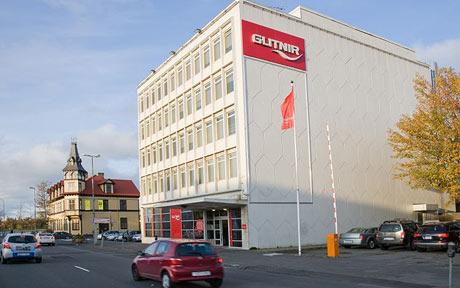 REYKJAVIK — More than a year and a half after Iceland's major banks failed, all but sinking the country's economy, police have begun rounding up a number of top bankers while other former executives and owners face a two-billion-dollar lawsuit.

But the publication last month of a parliamentary inquiry into the island nation's profound financial and economic crisis signaled a turning of the tide, laying much of the blame for the downfall on the former bank heads who had taken "inappropriate loans from the banks" they worked for.

On Wednesday, the administrators of Glitnir's liquidation announced they had filed a two-billion-dollar (1.6-billion-euro) lawsuit in a New York court against former large shareholders and executives for alleged fraud.

"I think this lawsuit is without precedence in Iceland," Steinunn Gudbjartsdottir, who chairs Glitnir's so-called winding-up board, told reporters in Reykjavik.

"It is about higher figures than we have ever seen," she said, adding that she expected Glitnir to file more lawsuits going forward, but that "it is unlikely any will be this big."

The bank also said it was "taking action against its former auditors PricewaterhouseCoopers (PwC) for facilitating and helping to conceal the fraudulent transactions engineered by Johannesson and his associates, which ultimately led to the bank's collapse in October 2008."

Glitnir's suit, filed in the New York state Supreme Court on Tuesday, blamed most of the bank's woes on "Johannesson and his co-conspirators," who had "conspired to systematically loot Glitnir Bank in order to prop up their own failing companies."

Johannesson, the former owner of the now-defunct Baugur investment group with stakes in a number of British high street stores including Hamleys, Debenhams and House of Fraser, said he was shocked by the lawsuit.

"The distortions and the nonsense in the lawsuit are incredible," he told the Pressan news website.

Glitnir's administrators "can get a 10-year-prison sentence for misusing US courts in this manner," he insisted.

The bank's chief administrator Gudbjartsdottir took his comments in stride.

"I didn't expect him to be happy with the lawsuit," she said.

In addition to its New York suit, Glitnir said it had "secured a freezing order from the High Court in London against Jon Asgeir Johannesson's worldwide assets, including two apartments in Manhattan's exclusive Gramercy Park neighbourhood for which he paid approximately 25 million dollars."

Gudbjartsdottir said Johannesson had just 48 hours to come up with a satisfactory list of his assets.

"If he does not give the right information he faces a jail sentence," she said.

Four former Kaupthing executives, who all live in Luxembourg, have meanwhile been arrested in Iceland in the past week and Interpol has issued an international arrest warrant for that bank's ex-chairman, Sigurdur Einarsson.

The 49-year-old Einarsson, who lives in London, said late Tuesday he had no plans to travel to Iceland to be arrested.

"I'm absolutely flabbergasted about the latest news," he told the Frettabladid daily.

"There is in my opinion no need for the arrests or custody rulings, and I will not of my own free will take part in the play that it appears is being staged to soothe the Icelandic people," he said.

"I'll put the human rights I enjoy here in Britain to the test and will not therefore come home (to Iceland) to these conditions without being forced," he added.

1 Comments in Response to Bankers jailed, sued as Iceland seeks culprits for crisis