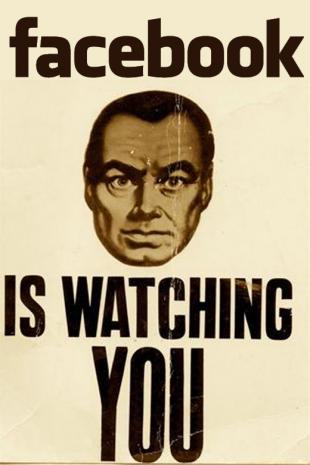 The blogosphere described the meeting as a panic measure following weeks of criticism over the way it handles members' data.

It called on him to regain the trust of users by giving them control over all the information shared via Facebook.

A number of high-profile users have also deleted their Facebook accounts after the site introduced a new feature that lets non-Facebook websites, or third parties, post the personal views of Facebook users without their consent.

Facebook described its internal get together as part of its "open culture" giving employees "a forum to ask questions on a topic that has received a lot of outside interest".

Industry watchers said the company, which is the world's biggest social network, has shown it has "lost touch" over the issue.

Mark Zuckerberg is another immature geek like Bill Gates with plans to set up a monopoly in social networking no matter whom he stomps. He is dangerous and must be stopped. The only way is to delete your Facebook account after notifying your social network to do ditto, in hopes that a saner alternative will arise. Already the Diaspora platform is in the works. BOYCOTT FACEBOOK http://boycottfacebookblog.blogspot.com/