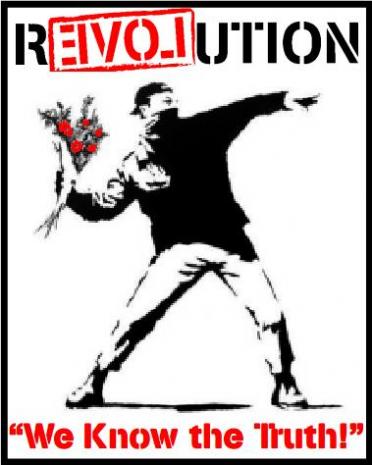 Should Ron Paul Run for President in 2012- POLL

Ron Paul: Very much so. We’re very pleased how it turned out in Kentucky. Thank you.

Alan Colmes: Are you surprised?

Ron Paul: A little bit. Toward the end we knew what was happening. The polls were pretty accurate. But you know, when he first started, he had never run for anything before so I wasn’t all that optimistic. Like I’ve already been quoted, you don’t like to see anybody put a lot of energy into something, especially your son, and then come up way behind. I didn’t have any reason to worry, I shouldn’t have had any reason to worry because he did so well.

Alan Colmes: I had a chance to meet him and you during the campaign when you were running for president and he was very instrumental in your campaign so I guess he got his political legs there, didn’t he?

Ron Paul: Yeah, and he was very much involved in the early years to his teenage and college years, and even in the presidential campaign. He had a particular interest in it. I kid when I say “Well, what did you learn by being in my campaign?” and he said “I’ve learned all the things not to do.” Hopefully it wasn’t all that way.

Alan Colmes: Do you and he part company on any major issues? Is he very much where you are on major issues of the day?

Ron Paul: I would say on the major issues we’re very close, but I think his tone is different, I think his approach is a little bit different, I think he’s a little bit more into legislating and working things out, and I’ve been more into the philosophic end of things. So I think the approach is slightly different, the wording is slightly different, but if it comes to issues like the Federal Reserve, he’s not going to come out and say “I love the Fed and I don’t think it should be audited” or “I love the income tax, we should raise taxes.” Nothing major is going to be different.

Alan Colmes: So you would say that he’s probably a libertarian Republican much as you are versus one who might follow the party line about a lot of issues.

Ron Paul: Yes, I think so. But he answers that question almost like I do. “Am I a Libertarian?” I say “Well, first I take my oath of office seriously and I believe in personal liberty.” But I happen to believe the founders were Libertarians. They didn’t want to regulate the market nor did they want to regulate personal lifestyles. And they had a non-intervention foreign policy. So that’s libertarianism and I think people who want to use that word usually want to use to that make us look negative. But it’s getting to the point where believing in liberty is not necessarily a negative anymore. I think we’ve made some progress.

Alan Colmes: People need to be reminded, you were the Libertarian party candidate for president back in, was it 1984?

Ron Paul: I could hardly deny my associations with libertarianism.

Alan Colmes: That’s right. Let me ask you about, as you know, there has already been a controversy about a position you took when interviewed by the Louisville Courier-Journal or Journal-Courier, I should say about this. It’s a philosophical debate about the 1964 Civil Rights Act, the part that bans discrimination in private businesses. I understand the differences between public and private, I also understand that this is not a matter of being… he’s very clear. He’s not a racist. He would have marched with Martin Luther King. I don’t want to in any way, shape or form suggest that there’s any racism here in this philosophical debate.

Alan Colmes: But it is a philosophical debate. Perhaps you can characterize it your way, but there is a lot of controversy about the idea that we should allow private businesses, if he had his way and perhaps your way as well, to allow discrimination. For example, allowing only whites to sit at lunch corners and deny blacks.

Ron Paul: Yeah. But you know, don’t you think that they’ve resurrected this? I mean, that was settled in the 1960s before we went to grade school. To bring this up and being the big issue of the day, you know, financial crises and war going on. So I think this to me seems disingenuous. But at least you had the courtesy to say that you know there is no racism involved and I absolutely [agree]… it is philosophic. He’s actually taken a position to Martin Luther King. Martin Luther King wanted to repeal laws. He believed in boycotts. He believed in peaceful disobedience. Those are the things that Libertarians believe in.

But you say “Oh yes, but it’s unfair, it’s unfair.” But think of all the unfair things and ugly things that come out of the First Amendment.

Alan Colmes: Yes, I want to be very clear about that.

Ron Paul: You didn’t do it. But I think that recognizing private property and the role of government in segregation is what we’re trying to make a point. But once again, this wasn’t the prevailing issue in the campaign in Kentucky and it’s not going to be because it’s been settled. Economic power is wonderful because who would say “I believe in this, I want to prove this point, and I want to sign up. I’m only going to serve such and such.” That would be stupid. Wouldn’t it be stupid business? I mean, that’s all past, it’s all done. To make this an issue I think is very very unfair and of course, others have jumped on it. I don’t mind you bringing it up because you’ve always been very fair and above board on issues like these.

Alan Colmes: Well, it is an issue at least in this particular news cycle, so I’d be remiss if I did not bring it up.

Alan Colmes: By the way, there still is a segregation in the military in terms of “don’t ask, don’t tell”.

1 Comments in Response to Ron Paul: The Founding Fathers Were Libertarians

gee is deranged the founding fathers were not that either

they believed in a freedom and to this is this