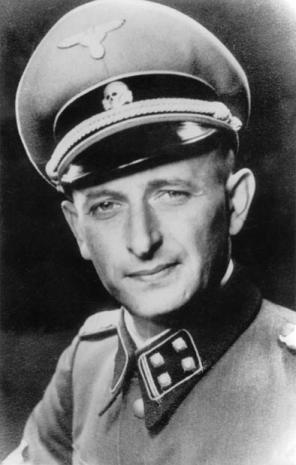 The law has become a popular tool for prosecutors, who have prosecuted some 150 people under the statute in the United States, obtaining convictions in around 60 cases, and sentences ranging up to life in prison. The Associated Press adds, In his dissent, Breyer recognized the importance of denying money and other resources to terror groups. "I do not dispute the importance of this interest," he said. "But I do dispute whether the interest can justify the statute's criminal prohibition." Breyer said the aid groups' mission is entirely peaceful and consists only of political speech, including how to petition the U.N. "Not even the 'serious and deadly problem' of international terrorism can require automatic forfeiture of First Amendment rights," he said.

Giving to any group that supports murder is facilitating their activities even if what you have given has no direct connection. Gilbert & Sullivan opera wrote a song entitled "A Policeman's Lot is Not a Happy One", the theme being that when criminals aren't being criminal, they're just ordinary folks who, after they finish beating up their mothers, enjoy basking in the sun! Well, giving to a terrorist organization even for "perfectly harmless" activities is just as bad as giving it for the purposes of promoting terror. Why? Because the money you give for harmless activity A frees up money for murderous activity B, money that would not have been available otherwise. No decent person should give money to terrorists of ANY stripe. I certainly don't believe that anyone would support "charity" to the Klan or the Nazi Party, do you?

Hey we might have the makings of a fine mountain fiddle tune here:

Oh I put my money in the mouth of a pitbull

and he done went and shat it our for days

You think I might been learnin and your stomach's just a-churnin but I learned a few things among my days.

and he done went and chewed her up in ways,

all the folks gathered to mourn her ev'n before I done adorned her, but I learned a few things among my days.

I once put my children in the care of my pitbull

and he want and chewed them up like so much gum

it's weren't like I had none but he had none in his pockets so he went ahead, made sure that he got some,

and I learned a few things among my days.

OK, I think I understand. My counter-point would be WHO ARE YOU WORKING FOR? WHAT DO YOU KNOW ABOUT THE X-13 THIRD MOON SHIFT ORDER? AND WHAT MAKES YOU THINK I HAVE EVER HEARD OF SAME? GET AWAY FROM ME! HELP I'M BEING KIDNAPPED BY REPTILES!

My other points had to do with pure semantics. Those that aren't on the head of my tomahawks that is. Or within the finely crafted mouth of my pitbull.

You know how it is. Full disclosure and all ;)

My point is, "who owns you" (or, almost equivalently, "who owns your rights"?). Am I asking a question that is devoid of real meaning? Could be. If you think "control equals ownership" my question is valid. If you think that ownership is just a fantasy concept, maybe it is not. But, if you agree with me that when you control a person/place/thing it is tantamount to owning that person/place/thing, then I guess my question is valid. Maybe you don't agree that control is tantamount to ownership. If so, I would have to rephrase my question as "who controls you". I tend to think there is little, if any, difference between ownership and control. Either way, do you control that thing or part of your person that you call "my rights?". And if you don't own/control your rights, who, if anyone, does?

I said? No way bro, I didn't say that. That's your own insecurity putting things on me bra. Don't even put your whole negative downer trip on me man. Oh wait, I did say that. Oops, my bad.

Yeah, MY RIGHTS. I got so much rights I even have lefts. What's yer point?

I feel the same way about helping. But, I should ask something: you said "My rights"? Does that imply personal ownership? I realize it might not, what with language being an exigency and all.

Me, I have a pretty internalized metrical system. My rights are endowed by a higher power, and along with my concept of self-ownership and sovereignty comes a warrior'd burden: when I hear the call for help, in most cases I must come. I must render life-saving aid. And I must follow my heart and determine whom I give to. Because everything I have was given to me. And it's my responsibility to pass on certain of these gifts. And nobody now alive gets to  say when and where or to whom I give these things.

I don't know, when I render aid, what the outcome will be. All I know is I'm called to render aid. In that moment, I don't often consider the repurcussion of rendering this aid. I do what I feel called to do and if it costs my life, then so be it.

The law is written on my heart. No man or institution or even tastey female has got me to divert from this law. And no man or woman can write a law that contravenes this that I will respect.

If you make it unlawful to feed my or our enemies and to treat with them with honour, I am a criminal by YOUR law. You may change my future but me and mine have changed yours right back. Let's see who wins in the long run: you who make laws in ever expanding books that nobody can understand or the many people we love and for whom the law is still written in our hearts.

Food and water is still offered to all of good heart at Camp Oyate.

Here is probably the biggest reason that we are having problems with our Human Rights!

What exists has entirely new DNA. It is a new person... the most helpless of all people.

If we don't uphold the rights to life of ALL the people, even the ones in Mommy's tummy, why should we expect that any of our rights are going to be upheld?

What really are human rights?

Put a person out in the wilds all by himself, and what are his rights?

All people who are reasonably healthy have built in themselves, by nature, the desire to live and survive. In fact, it takes a whole lot of mental manipulation - brainwashing - to drive the survival instinct out of people. And even then, it is not entirely gone.

Survival is the absolute right of every person on earth, built in by nature. And... simple survival is not enough... because it is not really survival... not without the security of peace.

Dominance does not breed security in the paranoid. Why not? Because even dominance cannot foretell every future possibility. Problems, pain and death can still arise.

Human rights in liberty-freedom will always survive. It will survive down through all ages, forever, as long as the human race exists, even though it may be driven "underground" for a time. Why? Because of the true equality of people.

A schizophrenic leader will never be able to control all of "his" people, all of his military, sufficiently enough to be able to trust that they will always be on his side. Somewhere along the line some of them will recognize his paranoia, betray him, and he will fall, never to be seen again.

Stand up now, for human rights and peace. Make yourself secure in friendships that you can trust and that you uphold when your friends trust you. Because if you don't, the tyranny will be hard and bitter until the schizophrenic leader falls.

Well, all rights are subject to certain "limitations", dont you know.

Have you read the UN Declaration of Rights?  Since the US has been implementing each of them slowly for the past 60 year, you probably ought to.

They sound great and wonderful until you get to the end and realize that these "rights" are granted and made secure only by other men.

There is no acknowledgement that rights are endowed by the creator and are inalienble.  Per the UN and now the US, rights have certain "limits" and are alienable subject to

"subject only to such limitations as are determined by law solely for the purpose of securing due recognition and respect for the rights and freedoms of others and of meeting the just requirements of morality, public order and the general welfare in a democratic society."

So, your "rights" really aren't yours unless they are in tandem with securing the rights for the greater good, according to the US and UN, there is no God.

This is the continuing problem athiests have.  They WILL serve a master.  Which one will it be?  The one who advocates for perfect freedom and free will?  Or the one who takes it away.  They like to pretend they are not faced with this choice, but they are and its there.

12 Marvelous Quotes on the Bill of Rights

Friends of "One World Company Limited" Can Buy Houses Cheap, Not You (2011)

Feds to Grab Land for Homeland Security (10 Years Ago)