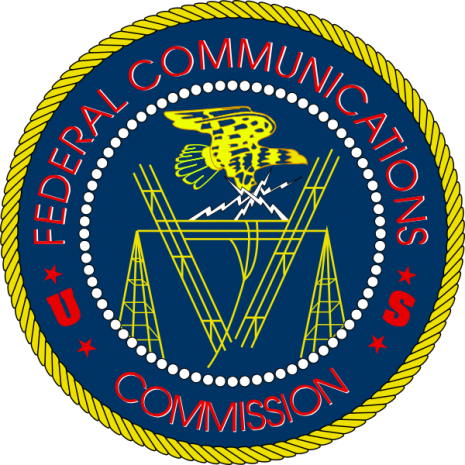 More than 25,000 people and organizations have filed comments in a U.S. Federal Communications Commission inquiry into whether it should reclassify broadband as a regulated service, with the overwhelming majority appearing to favor such a move.

Thursday night was the deadline for the first round of comments in the FCC's notice of inquiry (NOI) on reclassifying broadband from a largely unregulated information service to a regulated common-carrier service. Thousands of people filing comments in the NOI used form letters supplied by network neutrality supporters Free Press and Public Knowledge.
Public Knowledge had gotten more than 6,000 people to sign their petition and send comments to the FCC as of Friday morning, and it appears that Free Press' campaign was even more successful.

"I rely on the Internet as a public platform for free speech, equal opportunity, economic growth and innovation," the Free Press letters said. "Without vital Net Neutrality protections, companies like Verizon and Comcast, which have a commercial incentive to limit the free-flowing Web, can decide whether I will have a voice online. These companies should not have the power to determine my fate on the Internet."

FCC Chairman Julius Genachowski proposed that the agency reclassify broadband and claim regulatory authority over broadband after the U.S. Court of Appeals for the District of Columbia Circuit ruled the FCC did not have the authority to enforce informal net neutrality principles in a case involving Comcast and peer-to-peer traffic.

Genachowski and other supporters of broadband reclassification say it's needed because the court ruling casts doubt on the agency's ability to create formal net neutrality rules and enact large portions of its national broadband plan, released in March. Net neutrality rules would prohibit broadband providers from selectively blocking or slowing Web content.

Under Genachowski's plan, the FCC would forbear, or opt out of, enforcing most common-carrier regulations under Title II of the Telecommunications Act. However, because the proposal is just in the comment-collecting stage, it's unclear how many common-carrier rules the FCC would attempt to enforce.

While thousands of people called for the FCC to reclassify broadband, several broadband providers and trade groups urged the FCC to keep broadband largely unregulated.

The ruling in the Comcast case did not strike down the FCC's ability to take limited actions involving broadband service, it only struck down the agency's method of enforcing informal net neutrality rules, Comcast said in a filing Thursday. New regulations could slow the FCC's efforts to bring broadband to areas in the U.S. that don't yet have it, the company said.

"We are committed to working cooperatively with the commission to offer better, faster, ubiquitously available, and widely adopted broadband Internet service," Comcast's filing said. "But Title II regulation, with or without forbearance, poses significant risks to the investment and innovation that will be needed to achieve these goals."
The FCC proposal is "bad policy" that has raised the concern of more than half of U.S. lawmakers, Bob Quinn, senior vice president for federal regulatory policy at AT&T, wrote on the company's policy blog. Reclassification would chill private investment in broadband and job creation in the telecom sector, he said.

"The FCC's ... proposal is truly like hunting flies in your home with a sledge-hammer," Quinn said. "When it is all said and done, some of the walls, ceilings and floors will be gone but the flies will still be there."

While many people commenting used the language from Free Press or Public Knowledge, others put the argument in their own words.

"The Internet is the greatest vehicle for communications ever invented," wrote someone identifying himself as William Haynes. "It gives everybody the power of the press; everybody gets a voice. I have never seen a corporation who places the public interest above the corporate interest, or people above profits. Keeping the internet free of corporate control is essential to keep this unique line of communication free and open for all."

Another commenter, identified as Paula Nessa, wrote that she's married to a man who is "cheap," by his own admission. "We depend on the NET for all sorts of free information and we don't want it filtered by a commercial company," she said. "Don't limit us and the world to filtered information."

How about software that eclipses the programming of your personally purchased sending and receiving unit, be it broadband or WiFi or anything else, so that the people can communicate direct, computer to computer, neighborhood to neighborhood, state to state, nation to nation, worldwide?

We can make short-wave carry computer-originated signals now. It will be tough, but once it gets going, it won't be stopped.

The hardware is available... much of it standard in every new computer. All we need is the software.

Click the "Start" button at the lower left of the screen. Go to Programs > Accessories > Communications > HyperTerminal. Let's make HyperTerminal work with all of our Broadband and WiFi cards so that we can communicate direct with each other, and bypass the communications centers, and the regulations.


Idiots. "We don't want filtered internet, we want regulation" - uhm, just like Cable TV? Just like radio? Those bastions of freedom of speech and innovation? Let's think about which medium HAS been unfiltered, uncontrolled, and (almost) completely free for everyone to express themselves however they want. OH, RIGHT, THE UNREGULATED ONE THAT THE BUSYBODIES AND CENSORS AT THE FCC HAVEN'T MANAGED TO GET THEIR PAWS ON.

Oh well - it's time for the rest of you to get familiar with encryption and anonymous distributed services like freenet and i2p. Do it quick if you have any desire for freedom in the next decade before the beast finally kills itself.